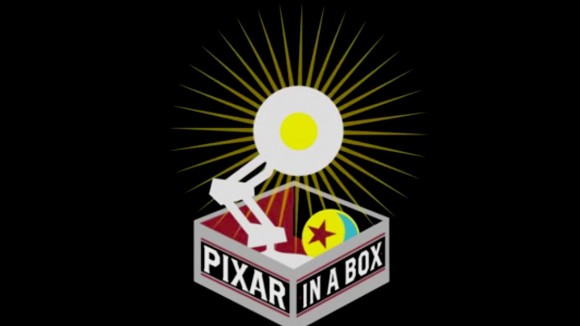 Launched yesterday, its new online curriculum Pixar in a Box analyzes how the studio fuses art, tech, science, engineering, and math to develop top-shelf animated cinema. Created with middle and high school students in mind but available to everyone, Pixar in a Box’s interactive exercises, in-depth video lessons, and hands-on activities are an informative addition to Khan Academy’s extensive educational resources.

“By working with Khan Academy on Pixar in a Box, we hope to encourage the excitement of learning and creative thinking for middle and high school students and to provide the tools to do it,” said Pixar president Ed Catmull, who formally presented the curriculum during a Wednesday evening event on the Pixar campus.

“Many students start to lose interest in academics in middle and high school, partly because they don’t see how academic concepts relate to things they care about,” explained DeRose. “Pixar in a Box aims to address this disconnect by showing how Pixar filmmakers use these concepts for creative benefit in their everyday work.”

Cruise explained that future lessons, which will appear on Pixar in a Box as they become available, venture beyond math into science, humanities, and the arts. What will not appear is a price tag.

“Our mission at Khan Academy is a free, world-class education for anyone, anywhere,” said founder Sal Khan. “Sparking student interest in math and other academic fields is a key part of that, and we’re delighted to collaborate with Pixar to achieve this goal.”