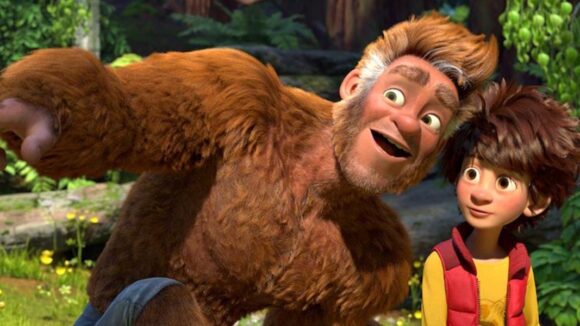 In its ongoing campaign to quash “misinformation” about the fossil fuel industry, the Canadian Energy Centre (CEC) has set its sights on Netflix. The organization, which is backed by the government of Alberta, has specifically taken issue with the cg feature Bigfoot Family.

The family film puts a spin on the legend of Bigfoot. The story pits the creature and his son against Xtract, a fictional energy company which has designs on Alaska’s oil reserves. While protesting against the company, Bigfoot goes missing.

The CEC has slammed the film in a petition titled “Tell the truth Netflix!” Addressed to Lindsey Scully, Netflix Canada’s head of communications, it calls on the streamer “to tell the true story of Canada’s peerless oil and gas industry, and not contribute to misinformation targeting your youngest, most vulnerable and impressionable viewers.” It does not make more specific requests.

The petition is hosted on a site called Support Canadian Energy, which is described as “a Canadian Energy Centre project.” Text accompanying the petition adds that the film “peddles lies about the energy sector,” singling out a scene in which oil is extracted “by blowing up a valley using glowing red bombs.”

At the time of writing, more than 2,900 people have signed. CEC CEO Tom Olsen told CBC News that a concerned parent drew the organization’s attention to the film. He said more than 1,000 Canadians have sent emails to Netflix Canada to show their concern. CBC requested comment from Netflix Canada, which did not immediately respond.

The CEC was set up in 2019 by Alberta premier Jason Kenney, leader of the United Conservative Party, with the mandate to promote the country’s energy production. Nicknamed the Energy War Room, it launched with a budget of CAD$30 millino (USD$24.1), which was subsequently trimmed during the pandemic.

Bigfoot Family is a Belgian-French co-production directed by Ben Stassen and Jeremy Degruson. The film, which played at Annecy Festival last year, ranked #1 on Netflix’s movie list in territories including the U.S. and Canada after launching last month. It is a sequel to 2017’s box-office hit The Son of Bigfoot.