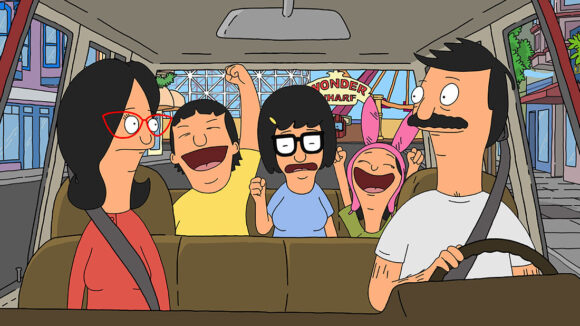 Loren Bouchard, creator of the Fox animated series Bob’s Burgers, has become the latest show creator to speak out against his employer, 21st Century Fox, due to the company’s inflammatory cable network Fox News Channel.

In a tweet this afternoon, Bouchard criticized Fox for putting its “name on a channel that stokes fear and spreads lies”:

I am so grateful to Fox. They make Bob’s Burgers possible. BUT they have their name on a channel that stokes fear and spreads lies. It's the opposite of what we’re trying to do at Bob's. Love. Inclusion. Hope. That’s what we wanna broadcast.

The last line of Bouchard’s tweet is in reference to Melania Trump, who wore a jacket today with these words printed on it:“I REALLY DON’T CARE, DO U?,” as she traveled to visit a children’s shelter in Texas.

Bouchard is among a growing number of top Fox creators who are brazenly attacking the company that employs them. It’s an extraordinary moment in Hollywood history largely sparked by another animation creator, Seth MacFarlane, who first spoke out last weekend.

Equally remarkable, this creator’s revolt is playing out against the backdrop of a high-stakes battle between the Walt Disney Company and Comcast to buy Fox. This week, Disney increased its bid for some of Fox’s assets to to $71.3 billion. While neither company wants to acquire Fox News Channel, the channel’s executive chairman and founder Rupert Murdoch stands to benefit tremendously from either sale.

In fact, if Disney is successful in its bid to purchase Fox, Murdoch would become the largest individual/family shareholder in the Walt Disney Company, a troubling prospect for Disney which has largely branded itself as a company devoted to family values and progressive causes.