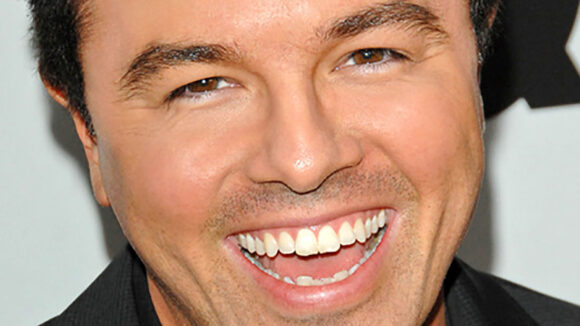 Relations between Fox and its star animation creator Seth MacFarlane are at a perilous low after the Family Guy creator denounced Fox on Twitter last weekend and told fans that he was embarrassed to be working with the company.

Now, MacFarlane has upped the ante in the battle with his employer by donating $2 million to National Public Radio (NPR), and an additional $500,000 to Los Angeles’ NPR membership station, KPCC. The non-profit NPR is a widely respected news source in the United States, and its reporting is viewed as a more objective alternative to cable news networks, such as Fox News Channel, founded by MacFarlane’s boss Rupert Murdoch and overseen by Murdoch and his sons.

“We are deeply appreciative of the generous gift from Seth MacFarlane, which will go to supporting local news coverage, allowing NPR and Member stations to continue working together to tell the story of the whole country from everywhere in the country,” an NPR spokesperson said in a statement to Deadline, which first reported the news.

Since MacFarlane’s tweet, Steve Levitan, the creator of Modern Family, produced by Twentieth Century Fox Television, has also come out against his employer, saying that he’s “disgusted to work at a company that has anything whatsoever to do with @FoxNews.” (UPDATE: This afternoon, Levitan cut ties with Fox, saying he won’t renew an overall deal with the company after 20 years of working with them.)

Let me officially join @SethMacFarlane in saying I’m disgusted to work at a company that has anything whatsoever to do with @FoxNews. This bullshit is the opposite of what #ModernFamily stands for. https://t.co/dnvIbgoIyA

Producer Judd Apatow (Freaks & Geeks, The 40-Year-Old Virgin) has gone one step further – he is urging every Fox star and showrunner to protest the Murdoch family:

He is a fucking kidnapper! The Murdoch’s support these policies ! Where are the Fox stars and executives speaking up?! Imagine if it was your kids. Who has a movie, TV show, sporting event, news show at Fox? How can you remain silent when they promote these policies? https://t.co/jrPVKrxK6n

I haven’t worked with Fox since 2002. That family promotes evil ideas and greed and corruption. We all choose who to work with. I understand why that is easier for some than others but many powerful people are powerful enough to speak up to their bosses at a moment like this. https://t.co/8NtsqsR8Xj

If EVERY Fox Star and show runner said this policy was evil and protested to the Murdoch family it would make a huge difference in this national debate. https://t.co/9Jo0ktbFPT

And I haven’t seen one new powerful person who works for or at Fox stand up and say they oppose their support of these cruel policies. Not one. Fox is like the NRA to politicians. If they said this is too far the President would stop this monsterous behavior. https://t.co/MufV1iQXxs

It’s perhaps ironic that as some of the most prominent creative talents at Fox are speaking up about the lack of ethical principles and professionalism at their company, American conglomerates like the Walt Disney Company and Comcast are falling over themselves to see who can give more money to the Murdoch family.

While neither Disney and Comcast want to buy Murdoch’s news organization, the billions of dollars that they are trying to pour into the Murdoch family’s pockets will ensure the long-term expansion and growth of Fox News.