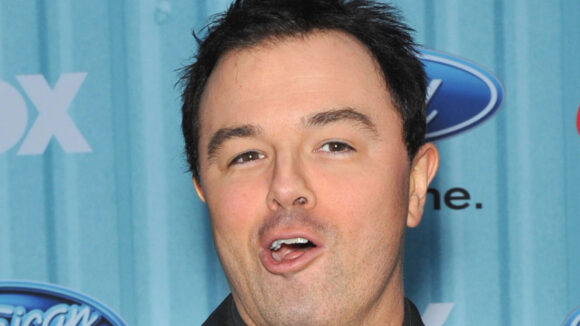 Seth MacFarlane, Fox’s most prolific animation creator, is suddenly ashamed to be working for the company that has paid him hundreds of millions of dollars over the past 20 years.

The tipping point for MacFarlane, executive producer of more than a half-dozen animation and live-action projects for Fox, was apparently a comment made by Fox News Channel commentator Tucker Carlson, who told the channel’s viewers to believe the opposite of everything they hear on other major news networks. MacFarlane described Carlson’s comment as “fringe shit,” and tweeted that “it’s business like this that makes me embarrassed to work for this company.”

His tweet has received over 10,000 retweets and 40,000 likes since he posted it on Saturday afternoon:

In other words, don’t think critically, don’t consult multiple news sources, and in general, don’t use your brain. Just blindly obey Fox News. This is fringe shit, and it’s business like this that makes me embarrassed to work for this company. https://t.co/kC7MPYxdgZ

While Fox hasn’t issued an official response to its rogue cartoon creator, one of its longest-tenured news executives, Michael Tammero, Fox News and Fox Business senior vice president and entertainment reporter, tweeted back at MacFarlane, “Yet… NOT quite embarrassed enough to not cash that check … isn’t that right @sethmacfarlane?”

Both Disney and Comcast are battling right now to acquire some of 21st Century Fox’s assets, which would include MacFarlane’s various lowbrow tv shows including Family Guy, American Dad!, and The Cleveland Show, but not Fox News or the Fox broadcast network.

(Photo of Seth MacFarlane via Shutterstock)