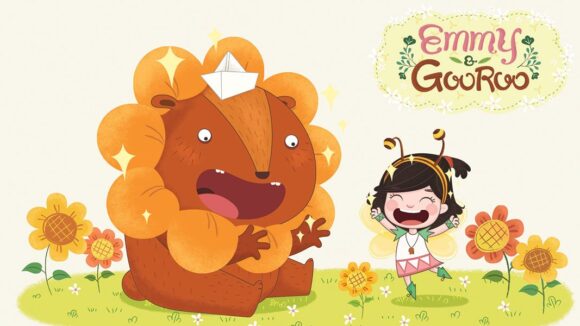 In the last few months, Cartoon Brew has been profiling the island of Tenerife’s new role as a rising star on the animation scene.

This week, the Tenerife Film Commission (TFC) is attending the fourth MIP Cancún summit to provide detail on the island’s enhanced financial incentives for the animation, vfx, and gaming industries. Zulay Rodríguez, TFC’s external consultant, joined a panel of experts at a roundtable held yesterday at MIP.

Among other information, Rodriguez pointed out to attendees how the Spanish island, with a 45% tax deduction for co-production, 40% cash rebate for production services, and 0% VAT, has become a hotspot for a range of new studios that have set up in Tenerife over the last few months. “It is hard to beat Tenerife as the most business-friendly European location for animation companies right now,” she remarked.

And she’s probably right. Since Cartoon Brew published its first article on Tenerife, a steady stream of companies have been flocking to the island.

Mercedes Marro’s Tomavision Studio is one of the latest shops to pop up there. Marro is best known as the director of Tomavistas, a Barcelona-based animation studio with almost two decades of production history. The decision to set up a spin-off in Tenerife came after the company signed a new contract this summer, to provide animation services for the second season of the Chinese tv animation production Emmy & GooRoo, a series that they had successfully helped to develop. The resulting surge in the amount of work forced them to make some quick decisions, and as Marro already knew about the advantageous business conditions on Tenerife, she didn’t hesitate.

“Everything came into line in just a brief period,” Marro explained. Her first visit to Santa Cruz—Tenerife’s capital, where her company is headquartered—was at the end of August, to check how the 2d animation team was settling in. Marro instantly sensed a great atmosphere. “My impressions have always been very good,” she says. “[It’s] a very responsible team of professionals able to accomplish the required task, in an idyllic setting”.

The project, scheduled to last until mid-2019, will keep the young team of local animators busy while the studio in Barcelona handles pre-production tasks.

Marro also had time to appreciate the first signs of the new, young animation community spicing up Santa Cruz. With an enviable temperature of 74 Fahrenheit (23 Celsius) all year round, superb traditional gastronomy, and a vast array of cultural and sporting activities, animators the world over will be tempted by the lifestyle benefits as much as the prospect of work with the varied animation, vfx, and games companies converging on the island. Marro believes that the next step for the island’s burgeoning animation scene is to begin encouraging more senior professionals and specialists to move there.

Local professionals are also jumping on board, and taking advantage of tailored training packages promoted by local authorities and other institutions. These include the recently concluded Anímate! training program, offering 300 hours of instruction in animation and games.

There’s also the new, free, targeted training packages for people working in the industry, funded by the Fundación Mapfre Guanarteme foundation and Council of Tenerife, with the support of SAVE, the University of La Laguna, and 3 Doubles Producciones. The program is headed by Raul Colomer, the director of the animation and video games department at Barreira, a higher education center in Valencia. Colomer’s school will be offering nine courses, ranging from 2d animation, to acting, to instruction in industry-standard software, such as Houdini.

For Colomer, the primary goal is to achieve the highest possible employment rate for his students. This would be beneficial in a couple of ways, he explains. Firstly, the training program creates a local talent pool of professionals, saving further investment by animation companies setting up in Tenerife. Secondly, while this would strengthen the local animation community, it also encourages other young professionals to move there to live and establish themselves on the island. “This a brilliant initiative that will get the ball rolling for local animation students,” enthuses Colomer. “I only wish I had such an opportunity when I was younger.”

Next year, the Council of Tenerife, with support from a range of companies and organizations from across the sector, are hosting the first-ever Quirino Awards, another event on the list of animation-related activities on the island that will celebrate Latin American and Iberian animation production. The ceremony, which will take place in April 2018 and also includes a call for papers for an international congress on animation, showcases the strategic position of an island which politically belongs to Europe but whose cultural ties bind it just as closely to the Americas.

Works whose original language is mostly Spanish, Portuguese, or other non-
hegemonic languages spoken in the Ibero-American region may be submitted in a current call for entries. The deadline to submit work is December 8, with further details on how to enter at PremiosQuirino.org.