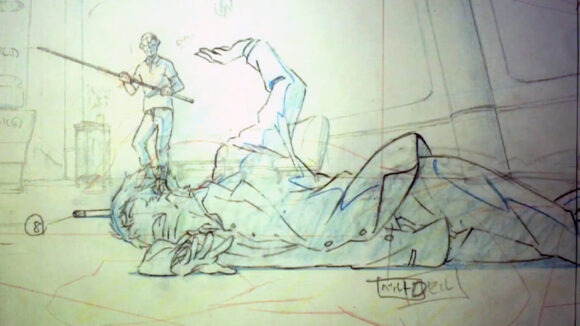 Besides the high caliber of work contained within it, Aya Suzuki’s reel stands out for the way it’s put together, with each piece of animation smoothly transitioning between rough animation and final shot.

In a little over a decade in the animation industry, she has animated for a who’s who of A-list directors including Sylvain Chomet, Masaaki Yuasa, Wes Anderson, Satoshi Kon, and Mamoru Hosoda. Suzuki’s credits include work for studios in both Europe (Ethel & Ernest, The Illusionist, commercials for Studio AKA) and Japan (Wolf Children, Ping Pong).

Suzuki is currently working as a 2d artist on Disney’s upcoming live-action remake of Aladdin. She also worked on the hand-drawn sequences in Wes Anderson’s feature Isle of Dogs.