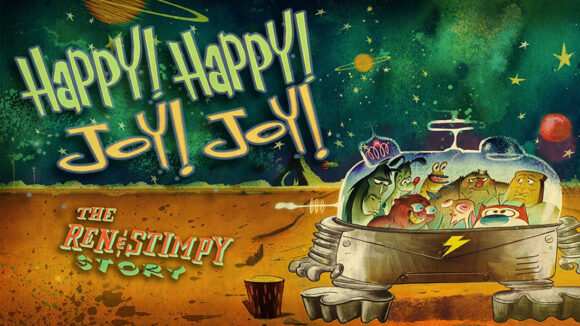 The filmmakers behind Happy Happy Joy Joy — The Ren & Stimpy Story, a new documentary about Nickelodeon’s seminal series, couldn’t have timed their project more badly, and they couldn’t have timed it better. Their bad luck came when, days after they initially wrapped, Buzzfeed published a report detailing allegations of sexual abuse against the show’s creator John Kricfalusi, forcing them back into production. And lo, the revised film is now coming out one week after Comedy Central announced a revival of the show, securing the documentary some unplanned buzz.

The accusations and the news of the reboot will frame the way Happy Happy Joy Joy is received, whether its filmmakers, first-time feature directors Ron Cicero and Kim Easterwood, like it or not. Although Kricfalusi will not be involved with the new Ren & Stimpy, the ethics of bringing back his show are still being hotly debated. Comedy Central’s decision has posed, in the most concrete of terms, the age-old conundrum: can the art be separated from the artist?

This question haunts the documentary, which fudges its answer. The first 85 minutes, which presumably resemble the film Cicero and Easterwood set out to make, cover the genesis and production of the show. The directors do a fine job of unpacking the gross-out, whacked-out sensibility that riveted audiences — and terrified me, a boy raised on anodyne educational cartoons from France — in the early 1990s. An array of talking heads from the original production (including the late Chris Reccardi) nicely evoke the punkish vibe at Kricfalusi’s Spümcø studio.

With broad strokes, Happy Happy Joy Joy paints the backdrop against which The Ren & Stimpy Show was made — basically, a glut of insipid franchise and product-driven shows which left audiences primed for something with a bit of shock value. It also touches on the show’s wide influence, nodding to the jagged humor of so much tv animation that followed: South Park, Beavis and Butt-Head, the whole Adult Swim canon. Perhaps inadvertently, the documentary presents at least one argument against a reboot: Ren & Stimpy may struggle to make an impact now that its irreverence has become the norm.

Where exactly did such a wild show come from? Now we’re getting to the meat of the matter. The directors unabashedly make a case for Kricfalusi as an auteur. While the many interviews with his ex-colleagues are welcome, their reminiscences tend to circle around their working relationship with their punk-in-chief. “The king,” “Hitler,” “the Warhol of animation” — they find many ways to tell us that he was the boss. If he was so central to the show’s appeal, then that’s another reason against the reboot.

Compellingly, the film draws links between the show’s tone and Kricfalusi’s own persona. Accounts of his violent pitching style, complete with “smashing,” are set to shots of the characters causing havoc. Overall, Ren & Stimpy is portrayed as the distillation of Kricfalusi’s turbulent mind. The man himself is on hand to endorse this idea: in his first substantial interview since the Buzzfeed report, he speaks about his martinet father and alludes to the pain he’s carried with him since. “I identify with almost all the characters,” he concludes, “and I try to put something into them that I feel myself.”

Only a year into the show’s run, Kricfalusi was fired by Nickelodeon amid spiraling production delays. True to its auteurist angle, the documentary skates over the fate of Ren & Stimpy, which limped on under Bob Camp’s direction until 1995. Snippets of the rough sexual imagery that permeated Kricfalusi’s later work lead us into the coda, which covers the accusations of sexual abuse and their fallout. Here’s where the film stumbles.

Robyn Byrd, one of the two accusers in the Buzzfeed article, recounts her teenage relationship with him and its traumatic effect on her. Kricfalusi gets to apologize to her (not in person) and give something of a mea culpa, which is certainly more straightforward than his first attempt. This was apparently his motivation for doing the interview; as Cicero and Easterwood told Collider, he refused to participate in their initial version, changing his mind only once the allegations had emerged.

If the coda feels oddly cursory, then that’s partly because of the circumstances in which it was added on. Still, the film conspicuously fails to account for how the man it describes in its first 85 minutes ended up at the heart of this controversy. This would be less relevant if the film wasn’t so invested, until that point, in presenting Ren & Stimpy as an expression of Kricfalusi’s character. The message seems to be: you can’t separate the art from the artist, but you can separate the artist from his worst excesses.

There’s another documentary to be made here — one that would be trickier to research, yet more attuned to our times. A glimpse of that story is provided here by Vanessa Coffey, the Nickelodeon executive who greenlit Ren & Stimpy. “John didn’t just turn into this,” she says, referring to the accounts of sexual abuse. “John has, I think, been this person for a long time.” What made her say that?