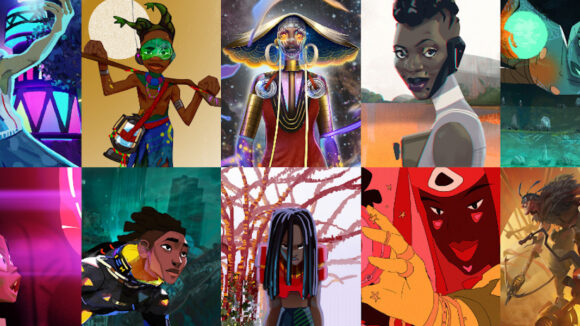 Disney has unveiled an anthology of animated sci-fi films by up-and-coming African creators. Kizazi Moto: Generation Fire will feature ten films, each around ten minutes long, and will launch exclusively on streamer Disney+ in late 2022.

South Africa’s Triggerfish will serve as lead studio on the project, with Spider-Man: Into the Spider-Verse co-director Peter Ramsey onboard as executive producer, and Tendayi Nyeke and Anthony Silverston as supervising producers. The ten projects, which were selected from a continent-wide pitching process, are created by artists from six nations: South Africa, Nigeria, Zimbabwe, Egypt, Uganda, and Kenya.

Kizazi Moto was presented at Disney EMEA’s studio focus at Annecy today. Each film, we learned, will seek to answer the question: “What does Africa’s future look like from an African perspective?” Orion Ross, vp of animation for Disney EMEA, cited the popularity of Afrofuturism, “turbocharged by Marvel’s Black Panther,” as the context for the production.

The presentation was short on artwork and plot specifics, but promised that the anthology will “run the whole gamut of science fiction,” incorporating aliens, monsters, gods, spirits, time travel, and more. The creators cited influences ranging from anime and Spaghetti Westerns to Star Wars and Afro-punk. There was an emphasis on the diversity of storytelling within Africa. As South Africa’s Malcolm Wope put it, “Africa’s not a genre.”

Disney also shared information about two other upcoming shows from white African creators. Kiff is a musical comedy starring a peppy squirrel from South Africa’s Lucy Heavens and Nic Smal, who are also executive-producing, with Kent Osborne (Phineas and Ferb) serving as co-producer and story editor. The show is produced at Disney Television Animation and will debut on Disney Channel in 2023.

Kiya and the Kimoja Heroes is a preschool series from South African creators Kelly Dillon and Marc Dey about a seven-year-old girl who loves dance and martial arts. Disney encountered the project in 2015 at the Africa Story Lab, organized by Triggerfish and sponsored by the House of Mouse. Kiya is produced by EntertainmentOne and Frogbox, and will launch on Disney Junior and Disney+ in 2023.