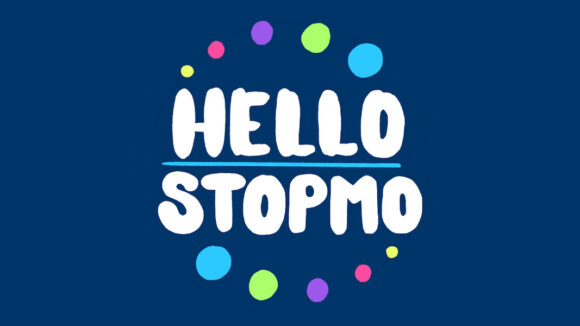 While stop-motion production is currently as strong as it has been in years, education about the technique and its industry lags behind. So argue Alexis Deprey and Casey Follen, hosts of the podcast Hello Stop Mo.

The podcast, which has completed its limited run, provides essential information and advice about careers in stop-motion animation. Over 14 episodes, Deprey and Follen cover subjects like the production pipeline, networking, and how to manage hiatuses between jobs; there’s even a three-part history of stop motion. The tone is cheery and accessible, and episodes come with glossaries and/or resources.

The hosts know what they’re talking about. Both have good experience, Deprey as a stop-motion art director and production designer, Follen as a creative producer. They met at Stoopid Buddy Stoodios, where they both worked on Supermansion and Robot Chicken.

When Covid hit, the pair launched Animation Wild Card, inviting indie animators around the world to submit shorts which they then packaged into anthology films and shared online. A community grew around the initiative, and Deprey and Follen decided to build on this success by creating the podcast.

Many people forecast the decline of stop motion when cgi arrived, but if anything, the industry has blossomed this century. Studios like Laika and Aardman have produced a string of acclaimed stop-motion films, and Tim Burton and Wes Anderson have directed a couple apiece. Netflix is releasing several this year, including ones by Guillermo del Toro and Henry Selick.

Even so, stop motion remains an afterthought on many educational programs, the podcast hosts note. Says Casey, “With the exception of the most elite animation programs in the country, if you go to school for animation and get a four-year degree, you might be lucky to get a class or two on stop motion. Usually it’s an elective course and will only run if it gets enough students to enroll.”

Once in the industry, artists often start with an unpaid internship: “The few paid internships available are generally minimum wage. What tends to be the case is that you have to come from a position of privilege to have these experiences as an intern.”

Hello Stop Mo aims to lower the barriers to entry that newcomers face, which is why it’s free. Listen on the Animation Wild Card website or major streaming platforms.