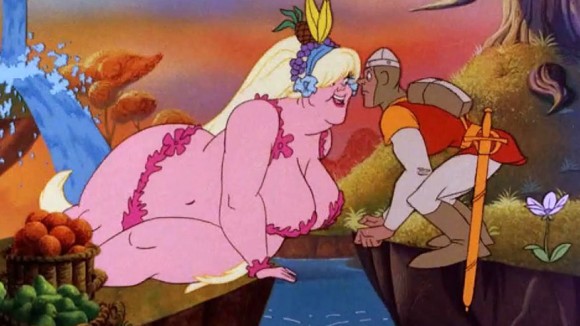 Netflix is developing a live-action adaptation of Dragon’s Lair, the cult laserdisc video game franchise from the early 1980s co-created by Don Bluth (An American Tail, All Dogs Go to Heaven, Anastasia).

The pic will star actor Ryan Reynolds, who will also produce the film, according to a story in The Hollywood Reporter.

Members of the original production team — Don Bluth, 82; Gary Goldman, 75; and John Pomeroy, 69 — are on board as producers. They’ll produce alongside Vertigo Entertainment’s Roy Lee and Underground Films’s Trevor Engelson. Reynolds is producing through his own shop, Maximum Effort.

Brothers Dan and Kevin Hageman, whose story credits include The Lego Movie, The Lego Ninjago Movie, and Hotel Transylvania, are attached to script the movie.

In 2015, Bluth ran a crowdfunding campaign to develop a Dragon’s Lair animated feature, a campaign that we felt was misguided for the reason that using other people’s money to fund the development of what will eventually be a mainstream Hollywood project runs counter to the essential spirit of crowdfunding and takes money away from the independent artists who actually need financial support. With today’s news, it has become clear that the backers who contributed to that campaign in hopes of seeing a “full length classically animated” version of Dragon’s Lair have been the victims of a bait-and-switch. Hopefully they enjoy Ryan Reynolds as much as they enjoy hand-drawn animation.

Here’s a playthrough of the animation from the 1983 game: