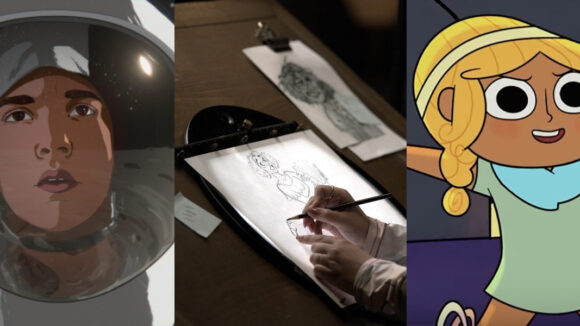 New animation offerings on streaming platforms remain remain scant this month, although there are some old favorites being dusted off and brought out for viewers to play with.

Headlining April’s premieres is Richard Linklater’s Apollo 10 1/2: A Space Age Childhood, a standout at last month’s SXSW which received strong reviews and touches down on Netflix today. Spreading out its new offerings, Netflix will also premiere the second season of its popular Ultraman reboot on April 14, before closing out the month with an April 28 launch of Samurai Rabbit: The Usagi Chronicles.

Disney’s animated title launches skew young with Bow-Toons: Party Palace Pals and Scrat Tales coming on April 6 and 13 respectively, but we’re most looking forward to Sketchbook, an instructional documentary series in which different Disney animation artists teach viewers how to draw. The show premieres on April 27.

HBO Max will host the U.S. premiere of Dodo, acquired by Warnermedia from Bristol-based Wildseed Studios in the U.K. The show will also broadcast on Cartoon Network in the U.S.

A note on the list: streamers often announce new animation releases mid-month. Our guide only catalogs what the streamers announce at the beginning of the month, but when possible we try to update the schedule if there are mid-month announcements. If there are other U.S. streaming services you’d like to see added to our line-up, share a comment below.

Here’s a look at the streaming animation release calendar for the month of April: