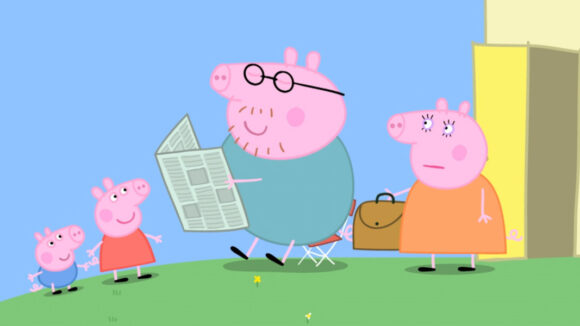 Hasbro Inc has announced it plans to sell off part of its Entertainment One (eOne) production unit, including series such as Yellowjackets and The Rookie. Peppa Pig, however, looks to be safe and sound at eOne for now. In fact, Hasbro has indicated it will lean even heavier on brands like Peppa, Transformers, and My Little Pony.

Hasbro’s push into animation production: In 2016, Hasbro bought Ireland’s Boulder Media, where the company has produced content based on its toy franchises including Transformers and My Little Pony. In 2019, Hasbro purchased eOne for around $4 billion.

Why is Hasbro selling? Hasbro has forecast a slow holiday season following an inflation-induced slowdown in consumer spending. The company has told investors that it plans to cut up to $300 million in yearly costs and refocus its business on larger, more profitable brands. The company also recently sold Boulder Media to Australian outfit Princess Pictures as it looks to shave costs.

Who’s interested? According to new Hasbro CEO Chris Cocks, after the company laid out its roadmap for the coming months at its recent investor day, “we received inbound interest from several parties for the part of the eOne television and film business that while valuable is not core to our go-forward strategy.” That interest, says Cocks, is what inspired Hasbro to start considering a sale. Hasbro has retained J.P. Morgan and Centerview Partners to assist with the sale.

What’s next? Hasbro plans to “significantly increase strategic investment in key brands, with a focus on gaming, direct to consumer, franchise brands, and licensing.” Franchises cited by the company as areas of focus include Peppa Pig, Transformers, Dungeons & Dragons, Magic: The Gathering, My Little Pony, Power Rangers, Play-Doh, and board games like Monopoly and Clue. According to Hasbro, the company will also work on developing new IPs such as the animated series Kiya and the Kimoja Heroes, headed to Disney Junior and Disney+ in 2023. And, despite selling off several media assets, the company insists it has plans to “expand our entertainment offerings across scripted TV, digital shorts, and blockbuster films.”