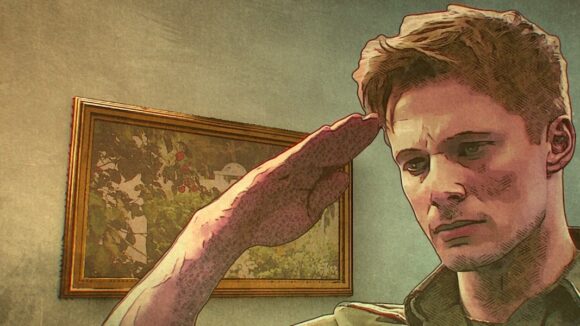 Less than a year after setting up shop in L.A., Trioscope Studios has launched a European arm. Trioscope Europe will work with the company’s proprietary Trioscope technology, which marries live-action performance with animation and painted environments.

The new venture is the result of a partnership with Polish vfx and sound studio Juice. Michał Misiński, director and partner at Juice, will serve as CEO of Trioscope Europe. The studio will produce original content, and also adapt IP brought in from outside through a third-party studio partnership program.

Juice and Trioscope Studios worked together on the World War II drama The Liberator, which was released on Netflix in November and reached the top three in the streamer’s global ranking. The mini-series is a showcase for the Trioscope tech, which is billed as an “enhanced hybrid animation [that] marries human performance with animated environments to produce a first-of-its-kind viewing experience filled with powerful human emotion and breathtaking cinematic visuals.”

Its creators have been reticent about describing the technology in detail, though the resulting character performances look less like animation than live-action footage with stylized filters. L.C. Crowley, Trioscope Studios co-founder and CEO, confirmed as much to Variety, explaining that the “native performances” (i.e. live-action footage) are retained in the final image:

A traditional animation project has the huge time-consuming element of having to animate and simulate the characters, all of the fabric and hair, the facial expressions and stuff. None of that is required here because we’re working with real actors and we’re keeping all of that native performance and in they’re in costume. So that cuts down on the amount of time of the overall project.

A #BTS on the before and after of how Trioscope is created.
In a bid for freedom, a Trioscoped chair has managed to jump across frame.#TheLiberator ⚡️
November 11th#Netflix 🥊 pic.twitter.com/ocvK35He6K

By shooting on a stage rather than on location, the producers can drastically reduce costs. This is central to Trioscope’s pitch. As Brandon Barr, co-founder and chief content officer of Trioscope Studios, told Television Business International (TBI): “If you’re thinking about what I would call large-scale live-action projects — so historical, fantasy, science-fiction, premium-drama — a Trioscope project is somewhere in the range of 40-50% of the cost.”

Sure enough, The Liberator started development as a live-action series at the History channel, but switched to animation (and moved to Netflix) when History balked at the projected budget. The mini-series is directed by Greg Jonkajtys, co-founder and chief creative officer of Trioscope Studios, and a veteran vfx artist (Star Wars: Episode VII The Force Awakens, Avengers: Infinity War, The Revenant).

Juice has a strong track record in cg production. It has worked on projects such as Ridley Scott’s The Martian and the BAFTA-winning BBC Winter Olympics: Nature, and with clients including BMW, Mercedes, Dolby, Coca-Cola, Nike, HBO, CD Projekt RED, Sony Entertainment, 20th Century Fox, and BBC. The company also has offices in Tokyo and London. Misiński said in a statement:

A key component of our mission is to leverage the amazing amount of talent hidden in eastern Europe and give them an opportunity to contribute to the creation of world-class content and provide an outlet for their creativity and innovative spirit. Creating Trioscope Europe is a dedicated gateway to ensure that goal is reached.

Trioscope Studios is currently working with Greg Nichols and his long-form journalism platform Truly*Adventurous to adapt his article The Havana Job. The company has also partnered with Dark Horse Comics, Oni Press, Netflix, and Unique Features for unannounced projects. Barr told TBI that its slate is currently “about 50/50” split between original IP it’s developing and co-productions with third parties seeking to use its tech.