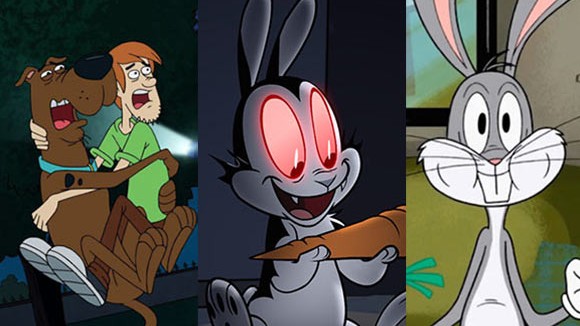 Boomerang’s adaptation of the popular children’s book Bunnicula arrives this fall as a new animated series, according to Turner’s Tuesday announcement. About a vampire rabbit who drinks not blood but vegetable juice, Bunnicula is joined by another new half-hour animated series, Be Cool Scooby-Doo!, as well as the previously-announced Looney Tunes revival Wabbit.

The new shows, which are among the 450 half-hours of programming that Warner Bros. TV Animation is supplying, will be complemented by the 3,500 archival titles from the libraries of Hanna-Barbera, MGM, and Warner Bros. They are added to Boomerang’s already prodigious cartoon collection from Time Warner and Cartoon Network Studios, which should come in handy in an entertainment era bursting with more animation viewing options than ever before.

“With the television landscape becoming more and more crowded, we are extremely fortunate to have one of the largest animation libraries, with some of the world’s most iconic and revered characters, and to be embarking on this important new partnership with Turner and Boomerang,” said Warner Bros. Animation president Sam Register, creator of The Looney Tunes Show and supervising producer of Wabbit, in a press release. “This deal presents an exciting creative opportunity to explore this vast collection, develop new and compelling programming based on these beloved characters and introduce them to new generations of families.”

This team-up marks the first time that original content is being developed for Boomerang, which will premiere across its worldwide channels reaching 250 million subscribers, as well as some international Cartoon Network channels. Turner also plans to potentially air in other territories on networks it owns like Toonami, Pogo, and Boing. Commercials will also appear on Boomerang, in an attempt to claim a greater share of the billion-dollar marketplace for kids’ advertising.