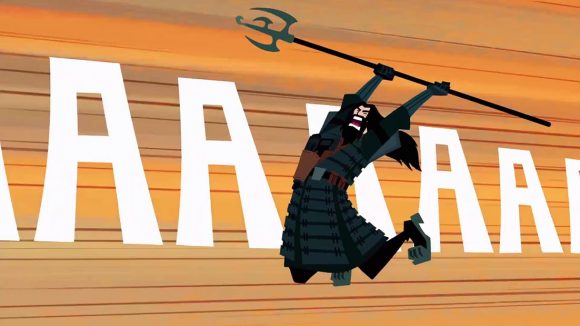 We already knew that Genndy Tartakovsky’s new Samurai Jack episodes will debut on March 11. Now we’ve got a trailer for the final chapter in the series.

Check out the trailer, released this morning:

Per Adult Swim, “It’s been 50 years since we saw Samurai Jack and time has not been kind to him. Aku has destroyed every time portal and Jack has stopped aging, a side effect of time travel. It seems he is cursed to just roam the land for all eternity.”

If the TV-14 rating isn’t a clue, this is definitely not the Samurai Jack of yore. Fifty years later, haggard Jack has switched from his dignified sword to firearms, and robots are no longer the only thing he kills.