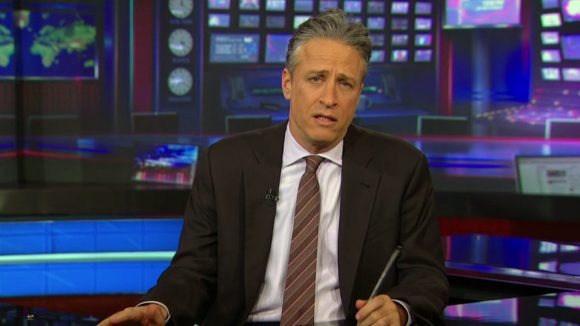 Former Daily Show host Jon Stewart is returning to television with an animated series, HBO announced this weekend. The series might be ready to air as early as September, but could debut later in the fall.

“The idea is it will be an animated parody of a cable news network with an Onion-like portal,” HBO programming president Casey Bloys told the Television Critics Association on Saturday.

While the show will be presented in a standard TV series format, HBO will roll out short-form content throughout its digital platforms. It’s not clear yet if the TV series will be a compilation of the short-form content produced for other platforms or if it’ll be something entirely different.

What we do know is that the series will be produced at an extremely fast pace to take advantage of the regular news cycle. HBO is developing an animation pipeline for Stewart that lets him “comment in real time what what’s happening during the day’s news event,” said Bloys. “It will be simple animation…but it does allow him to respond fairly quickly to what’s going on in the day’s news.”

The animation pipeline for the series is being developed by Otoy, a hot animation tech startup that is among the leaders in cloud-based rendering and its application in virtual reality and augmented reality. HBO bought an equity stake in Otoy last April. At the time, Jon Stewart said, “Otoy is unbelievable! It’s a limitless mind-blowing creative platform. My dream is to someday understand how they did it!”