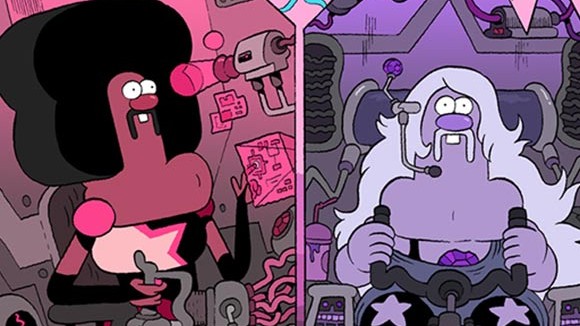 This afternoon, Cartoon Network will premiere the cross-over special between two of its series: Steven Universe and Uncle Grandpa. The project was announced last February.

In the special “Say Uncle,” Uncle Grandpa will help Steven unlock his Crystal Gem powers. The project has caused anxiety amongst Steven Universe’s online fans who have fretted about the difference between the two shows’ tones. The creative team behind Steven Universe has reassured its fanbase that it knows exactly what it’s doing, and show writer Matt Burnett has even pointed out that the crossover idea was initiated by Steven Universe creator Rebecca Sugar.