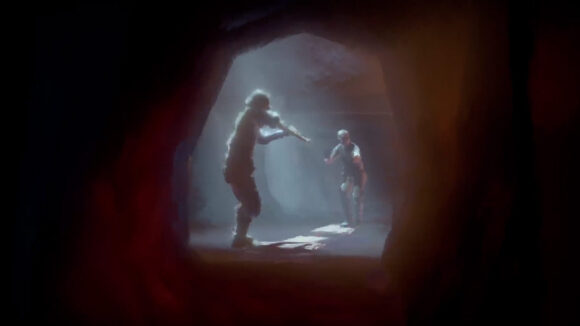 Bristol, U.K.-based Aardman Animations is best known for its humorous stop motion creations like Wallace & Gromit and Shaun the Sheep, but the company has created work with a lot of range throughout its 42-year-history. Now, it’s getting ready to release the biggest video game project in its history, the World War I narrative adventure 11-11: Memories Retold.

The game’s trailer shows off the game’s painterly non-photorealistic rendering style, which is quite a change from the goofy stop motion style most commonly associated with the studio:

11th November 1916, a young photographer leaves Canada to join the Western Front in Europe. The same day, a German technician is told that his son is missing in action on the front… They will discover the reality of war, crossing paths, on the front, and the rear, trying to preserve their humanity for their loved ones in the face of disastrous events… If they can come back. At 11am the 11th Day of the 11th Month of year 1918, they will face the biggest decision of their lives… This is the moving story of the end of World War One.

The game was developed by Aardman in conjunction with Montpellier, France’s Digixart, whose co-founder/CEO Yoan Fanise created the Ubisoft WWI game Valiant Hearts: The Great War. This Guardian article explains how the two companies became collaborators.

The most striking element of 11-11: Memories Retold is its impressionistic graphic style. In the video below, art director Bram Ttwheam shares his influences, which include painters like Turner and Monet, and Russian animator Aleksandr Petrov. It’s startling, in a good way, to hear these people namechecked as the inspirations for a video game:

This video further explains how Aardman and Digixart executed the game’s graphics from a technical standpoint: