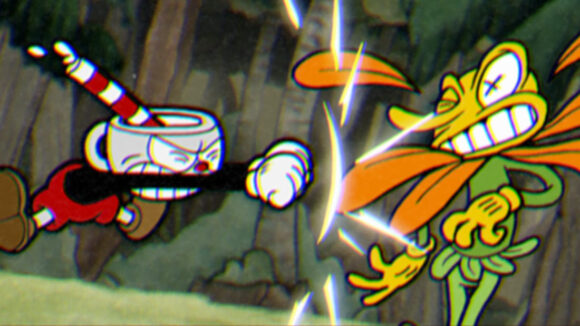 The first time this site wrote about the game Cuphead, back in December 2013, we titled the post, “If the Fleischer Studios Made a Videogame in the 1930s, It Would Look Like Cuphead.”

It’s fitting then that King Features announced this week that it will represent Studio MDHR’s Cuphead for licensing. King Features, a unit of The Hearst Corporation, also handles North American licensing activities for Betty Boop and Popeye, two of the most popular Fleischer cartoon series. The company will work to find licensees who will use Cuphead for action figures, apparel and accessories, co-branding and cross-branding initiatives, direct-to-retail programs, giftware, novelties, social expressions, social gaming, and slot machines.

“King Features continues to grow its licensing division, and Cuphead is a fantastic fit with our portfolio of classic characters,” said Jarred Goro, North America director of licensing for King Features. “As cutting edge and totally cool as this video game is for today’s gamers, it’s remarkable that its creators have taken their inspiration from the classic cartoons of the 1930s, particularly those of Fleischer Studios.”

The video game itself, which has been winding its way toward completion, is a run-and-gun action game with a heavy focus on boss battles. The game lets you play as Cuphead and Mugman as they work to repay their gambling debt to the Devil by battling a host of cartoon baddies. The project is notable — at least to us — for its painstaking efforts to recreate a classic look by employing hand-drawn and hand-inked artwork and watercolor backgrounds. Cuphead is scheduled to debut this summer on Xbox One (console exclusive) and PC (Windows 10 and Steam). The developers recently published a faq with more details about the game.

“Right from the beginning of our conversations, it was clear to me that King Features would represent us well in the marketplace,” said Chad Moldenhauer, who co-founded Studio MDHR with his brother Jared. “They instantly recognized why the art and gaming communities have been showing Cuphead the love and saw the licensing potential in our property. We’re stoked to be working with them.”