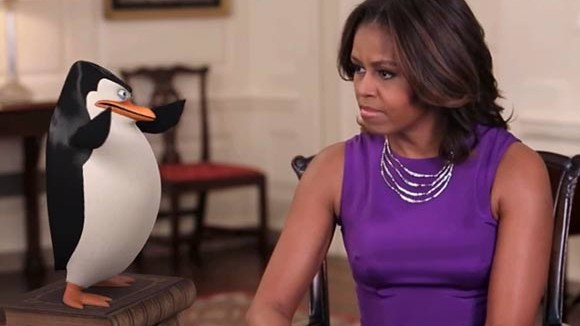 As DreamWorks Animation CEO Jeffrey Katzenberg knows, there’s lot of benefits to being President Obama’s BFF. Apparently one of the previously unknown privileges of donating millions of dollars to Obama’s coffers is that he’ll lend you his wife to promote your new animated feature.

See Also: Why Jeffrey Katzenberg is Considered Among the Most Powerful People in American Politics

All things considered, it’s still not as bad as that time Nixon promoted an animated feature: