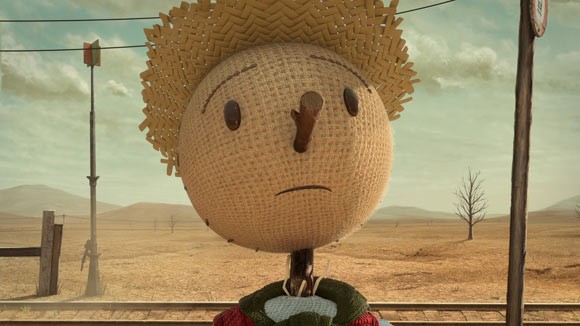 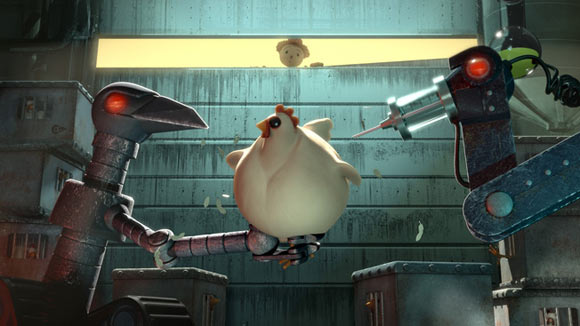 American food chain Chipotle eschews TV advertising and stopped using external ad agencies a few years ago, but when they create ad campaigns, they go all out. Their latest project is “The Scarecrow,” a game-and-film collaboration with Bill Joyce’s Moonbot Studios based in Shreveport, Lousiana.

“The Scarecrow”, conceived in collaboaration with CAA Marketing (a division of Creative Artists Agency), is a free arcade-style adventure game for iPad/iPhone/iPod Touch that encourages players to think about industrial food production and the processed foods that they consume. Players can win coupons for free Chipotle food if they achieve certain goals within the game. There’s also an accompanying short film directed by Brandon Oldenburg and Limbert Fabian, and music by Fiona Apple:

Like their earlier “Back to the Start” campaign, Chipotle’s “Scarecrow” campaign is being praised for putting across its message in an entertaining, classy package. Adweek says, “Branded entertainment goes doesn’t get much more well rounded or better executed than this.”

Moonbot, which won the animated short Oscar in 2012 for The Fantastic Flying Books of Mr. Morris Lessmore, has created a lush and well-conceived feature film-quality universe for The Scarecrow. The golden-hued nostalgia that defines the studio’s visual aesthetic is a perfect complement to the environmental themes of Chipotle’s campaign.

This making-of video reveals some of the effort that went into creating The Scarecrow: