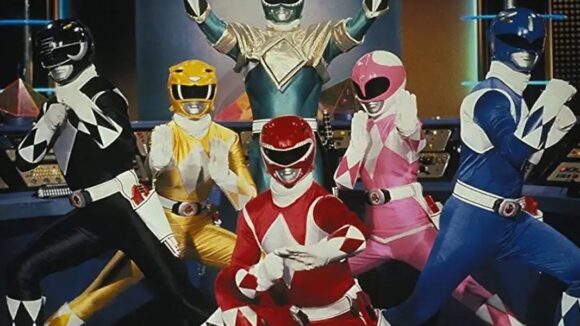 Japanese animated shows are ubiquitous these days. There is hardly a streamer or channel in North America that doesn’t serve up some form of Japanese — or Japanese-influenced — series. You can’t scroll through Netflix without bumping into one. My own kids (mid-teens) watch more Japanese shows than anything else these days.

As obvious as that sounds to contemporary readers, it certainly wasn’t always that way, as Gina O’Melia, adjunct professor at the Division of Social Sciences at Hudson County Community College, makes clear in her new book about America’s tradition of Saturday Morning (O’Melia capitalizes both letters) programming. And I can confirm this as a kid growing up with Saturday Morning shows in the 1970s.

Inspired by the “soap opera” concept, which targeted women in the hopes that they’d buy the sponsor’s soap (a phenomenon rooted in radio broadcasts like Lux Radio Theatre), Saturday Morning was born in the early 1960s. (By 2014, the tradition was dying: that was the first year in half a century that saw a weekend with no Saturday Morning programming.) The chief purpose of this institution was to lure in kid viewers, specifically white boys. This way, companies could use the time period to shill their kid-oriented products.

As O’Melia points out: “Saturday Morning also acted as means uniting [sic] not just children with their age peers across the country but it also uniting [sic] generations of Americans together.” In short, a great way to provide kids from across the U.S. with the same “cultural touchstones, stories, tropes, language, and ideological underpinnings that drove the programs.”

Most of these early Saturday Morning shows were goofy comedies, westerns, and superhero shows. Things changed a bit in the 1970s when advertisers realized they could profit from targeting girls (enter Josie and the Pussycats) and people of color (Harlem Globetrotters, Fat Albert and the Cosby Kids). The 1980s saw the rise of shows that were little more than half-hour toy commercials, like He-Man and the Masters of the Universe; the advertisement of products related to the program being aired was eventually banned in 1990.

Those minor shifts aside, O’Melia contends that Saturday Morning shows right up to 1993 and the debut of Mighty Morphin Power Rangers (MMPR) maintained “a set of rules and conventions that had been codified in its first two decades.” She argues that landmark shows like Looney Tunes, Garfield and Friends, Saved by the Bell, The Real Ghostbusters, and others like them all contain: male protagonists, talking animals, violence (albeit used as a last resort, unlike in superhero shows), flimsy female characters (and yes, she points out the problematic behavior of that recently canceled stalker skunk, Pepé Le Pew), and polarized narratives where there is only good or bad — and good always wins.

MMPR, which was adapted from several Japanese animated series, struck a grittier tone. The battles were more serious and the good guys didn’t always win (in one episode, Tommy the Green Ranger loses his powers). They also included two female protagonists who were treated as equal to their male counterparts.

For O’Melia, MMPR really started the ball rolling towards more audience acceptance of Japanese shows, including Pokémon and Yu-Gi-Oh!. Specifically, this laid the groundwork for different approaches to narrative, character, and overall tone: “The gradual introduction of Japanese content acclimated the young viewers so the cultural transition from Looney Tunes to Yu-Gi-Oh! was smooth enough that instead of rejecting it, Yugi was competing with Bugs Bunny and Scooby-Doo for children’s affections, not to mention for lunchboxes, covers, and space on toy shelves.”

There are few things I could quibble about with O’Melia’s book. There’s almost no discussion about the visual impact Japanese shows have had on American animation (granted, this is not a book specifically about animation). At times, O’Melia is a bit too thorough, leading to some repetition. And, well, as a Canadian, I’d be curious to read about the impact both American and Japanese shows have had on Canadian culture.

Overall, though, O’Melia has crafted a well-researched and much-needed portrait of the rise, development, and fall of Saturday Morning, a phenomenon that had immense cultural, political, and consumerist impact on American children.