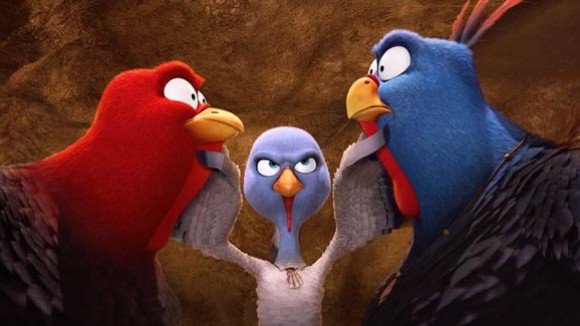 Free Birds, the first animated feature from Reel FX, debuted in fourth place with a final total of $15.8 million at U.S. theaters. Distributor Relativity Media had projected between $16-19M, though some market projections had it breaking the $20M+ mark.

Relevant “comps”—comparable films produced by independent animation studios and released by second-tier distributors—would be Laika’s Coraline and ParaNorman and Rainmaker’s Escape from Planet Earth. (Despicable Me doesn’t fit the category because it had a major distributor, Universal.) Laika’s Coraline opened with $16.8M, had great legs, and went on to gross $75.2M. ParaNorman launched with $14.1M and ended with $56M. Escape from Planet Earth opened earlier this year with $15.9M and took in $57M throughout its domestic run. The box office range is fairly well defined for these type of films and Free Birds falls within it.

Free Birds had a relatively modest budget of $55M and should have no trouble recouping its costs, which were shared by Reel FX and Relativity. According to Relativity, they have sold overseas distribution rights to more than 100 foreign territories, and those presales have covered nearly 70% of the movie’s production costs. For foreign audiences who aren’t familiar with Thanksgiving, the characters will instead attend an imaginary event called “The Big Feast.”