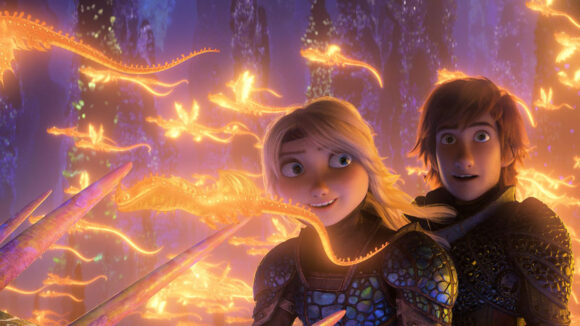 Universal/Dreamwork Animation’s How to Train Your Dragon: The Hidden World, the third and final installment in the franchise, dominated the U.S. box office for the second consecutive week grossing $30 million for a total of $97.6 million at home.

Following a franchise-best opening weekend of $55 million, the film dropped 45.4% in its second frame, which was better than the 50% fall of HTTYD2, but steeper than the original’s 33.7% second-week performance.

The Dean DeBlois-directed threequel was also the weekend’s top performing film internationally, scoring an additional $52 million from 58 markets. A big chunk of that figure — $33.4M — came from China, where the film displaced Alita: Battle Angel as that country’s top grossing film. The film’s total foreign gross to date is $280.9M, and the global total stands at $378.5M.

Meanwhile, while Alita remains below what Fox had wished for, Robert Rodriguez’s anime adaptation continues to perform strongly in China. Though it lost the top position to The Hidden World, the sci-fi fantasy still managed to bring in $24.2M in China for a total of $112.1 million.

Including the China figures, Alita also kept the no.2 spot internationally, grossing $40.4M last weekend. Globally, the cg-heavy production has grossed a total of $350 million on a reported $170M price tag. In the U.S. the movie fell to no.3, only grossing $7.2M in its third weekend. Even if it’s far from being considered a blockbuster success, international markets have saved Alita from being the financial disaster that some had anticipated.

That’s not the case with Warner Bros.’ The Lego Movie 2: The Second Part. It landed just below Alita at the U.S. box office with an estimated $6.6 million weekend for a local total of $91.6M. Internationally it has collected just $61.7 million for a global total of $153.3M. Compared to the $469M total of the original, or even the $312M of The Lego Batman Movie, this film has been a major disappointment and could spell the end of the WB franchise.

Milorad Krstić’s Ruben Brandt, Collector, the Hungarian animated feature released in the U.S. by Sony Picture Classics, expanded to 15 theaters for its third week pulling in $12,577 for a total of $34,314.