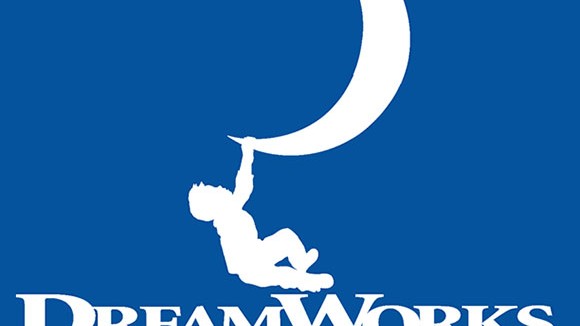 BREAKING: The beleaguered DreamWorks Animation just announced in a written statement that it will eliminate approximately 500 jobs at its company, far exceeding the previously anticipated number of layoffs. Many of those five hundred layoffs will come from the unexpected shutdown of one of its main studios, PDI DreamWorks, in Redwood City, California.

The closing of that studio will begin immediately. The studio is expected to begin holding private one-on-one meetings with PDI artists as early as tomorrow, and offering some of them an opportunity to relocate to the southern DreamWorks campus in Glendale, California.

The layoffs at PDI and Glendale will be structured as “equal force reductions,” according to a report by the Animation Guild. That’s possible because of the PDI artists who are being offered the opportunity to relocate. Any artist who leaves the studio will be paid an additional sixty days of wages after the layoff.

The studio is cutting back its slate to two DreamWorks-produced films per year: one original film and one sequel. To save money, the studio will also begin outsourcing production for some of its films, like, Captain Underpants, scheduled for 2017. Films such as that will be produced “at a significantly lower cost.”

UPDATE: DreamWorks Will Outsource Captain Underpants…But Not Where You Think

DreamWorks chief Jeffrey Katzenberg told financial analysts this afternoon that the studio’s attempt to make three films a year was “too ambitious.” He also said that he would become more involved creatively with the studio’s films:

“Much of my time has been focused on expanding the company. It’s now time for me to turn my attention back to the core businesses and support Mireille [Soria] and Bonnie [Arnold, the new DreamWorks feature animation co-presidents]. Much more of my time will be in support to them and less on the road. I remain 100% committed to building DreamWorks Animation. My time and my focus needs to be on making blockbuster hit films. We have the people to do it.”

Among the people who will exit the company: marketing chief Dawn Taubin, vice chairman Lewis Coleman, and COO Mark Zoradi. Zoradi, who joined only last summer, said at the time of his hiring: “I am enthusiastic about the opportunity to join the talented DreamWorks team at a time of remarkable expansion and growth for the company.”

The extent of the layoffs and the sudden shuttering of PDI/DreamWorks (which started in 1980 as Pacific Data Images) took most of the animation industry by surprise. Artists at PDI reacted admirably, as reported by Kevan Shorey on Twitter:

Seeing my coworkers still laughing and hugging following the studio closure announcement was an inspiration. PDI is a v special place.

Industry-wide, however, there was great sadness, shock and disappointment, as expressed on Twitter:

Our thoughts are with employees of #pdi #dreamworks today 🙁

So #PDI is to shutter. What a mess. Artists pay the price. A rotten shame. They're a talented, dedicated bunch in story & animation.

My heart goes out to all of those affected by the DW/PDI layoffs. Hang in there 🙁

Sad to hear about PDI closing, It has been an icon in the business since the beginning

Today is awful. Thoughts are with all my friends at DreamWorks.

Devastating, sad day: PDI being shut down!!! #dwa probably wouldn't exist and #HTTYD2 wouldn't be what it is if it wasn't for that studio!

Bummed about news of PDI shutting down. Never nice when the animation industry gets smaller.

To my friends and colleagues at Dreamworks and PDI. I am thinking of you and hope you know that none of this is… http://t.co/GQ1uMr7BId

So Many talented people being let go today over at PDI and DreamWorks. My thoughts are with you all. Stay strong, keep moving forward.

And, of course, there were numerous offers of work for the newly unemployed artists:

To the #Dreamworks artists being laid off, please consider children's books. I'm always looking for talented artists like you. #PDI

To those affected at PDI Dreamworks we have many openings at Blizzard Entertainment http://t.co/jhX8JfV6yh

Rockstar is hiring for oodles of positions all over, if you want to venture into games. http://t.co/53YVEexwWH Fight-o Dreamworks/PDI folks!