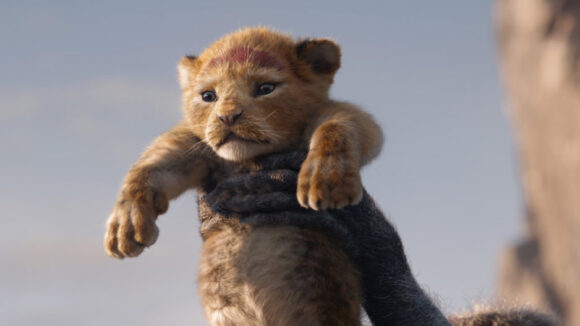 Visual effects powerhouse MPC (Moving Picture Company) has shut down its studio in Vancouver, Canada effective immediately. The company employed over 800 vfx workers at one point, though its current staff was far smaller. It is not clear at this point how many people are affected by the shutdown.

MPC Vancouver’s employees were told of the shutdown during a meeting this morning. A letter was also allegedly sent out that cited “increasing external market pressures in Vancouver and more attractive opportunities in other locations” as the reason for the shutdown. The full text of the letter was posted online by an anonymous person. Since we have not been able to independently verify it as authentic, we have chosen to remove it from the site, but offer a link to it HERE.

MPC, which is owned by Technicolor, will continue to operate studios in Montreal, Paris, Adelaide, LA, and Toronto. MPC’s various studios have been collectively responsible for films like The Lion King, The Jungle Book, Justice League, Blade Runner 2049, X-Men, Prometheus, Dumbo, and Guardians of the Galaxy.

The MPC Vancouver team most recently played a significant role in the much talked about redesign of the main character in Paramount’s upcoming Sonic the Hedgehog. The studio also contributed to Universal’s upcoming Cats. Sources tell Cartoon Brew that Cats was not slated for MPC Vancouver, but the studio stepped in to help Technicolor sister company Mill Film finish up the production. The Vancouver unit also made major contributions to two other films this year, delivering shots for Disney’s Maleficent: Mistress of Evil and producing the majority of the vfx shots on Warner Bros.’s Pokémon Detective Pikachu.

Rumors of the shutdown started yesterday in this Reddit thread. There is lots of unconfirmed information in that thread, including lots of talk about a significant reduction in staff at MPC’s Montreal studio. Vfx studios often have seasonal reductions, so it is not clear if the staff reductions at other locations are permanent or just temporary reductions until the studio has more work in its pipeline.

In 2019, there has been word of significant staff reductions at other Vancouver vfx shops, including ILM, Pixomondo, and Method, as other cities have started to offer more attractive tax credits.

This is a developing story. If you have more details, please share them with us or in the comments.

UPDATE: A message from an ex-MPC Vancouver employee has been posted on Reddit. We are not able to verify its authenticity, but it sounds about right:

We’ve all put in extreme hours wrapping two infamous projects in the last couple of months. We’ve done multiple weeks without a day off, regular 17+ hour shifts to the point that most of us are seriously sleep deprived and are suffering still. We’ve worked really fucking hard to get this work out the door for MPC, and I’m genuinely ashamed that they are happier prioritising their profit margins and tax incentives over the insane talent and commitment of hundreds of dedicated VFX artists in Vancouver. I honestly feel insulted, like I’ve given MPC my all and in return they gave me the finger.

Good luck to all other insanely talented artists that MPC currently employs in other locations, because the second another location becomes more ‘attractive’, you could be next on the chopping block.

The individual also posted a follow-up response to another user’s question about their working hours:

Apologies, to clarify I didn’t mean everyone was doing 17+ hour days every day for weeks straight, but that we were working with no days off for weeks straight with plenty of 17+ shifts thrown in the mix. Sometimes three or four in a row, though.

Very rarely were people doing less than 10 hours in a day. If you wanted to leave after your eight hours, you had to ask permission to go home. Didn’t want to work OT at the weekend? You had to give a satisfactory reason as to why you couldn’t do it or they’d label it an unauthorized absence.

I can’t speak for everyone, but I obliged with requests because I felt if I didn’t, I’d be quickly replaced by someone who is willing to do the hours, be that for the experience or IMDb credit or whatever. That happened to two or three people while I was there.