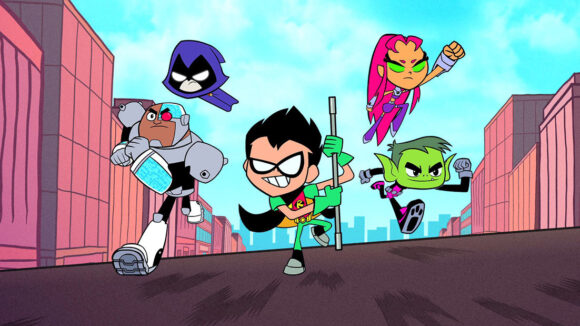 Halifax is a bit of a hidden gem in the Canadian animation industry — like Ottawa, but on a somewhat smaller scale. And like the capital, Halifax has had its peaks and troughs over the years.

A few months back, Ottawa’s Jam Filled Entertainment announced they were opening a 10,000-square-foot studio in downtown Halifax. But also last year, DHX Media sold its Halifax animation studio to IoM Media Ventures. It then faced some hefty losses and rebranded itself as Wildbrain.

Currently, the Halifax scene features the long-running Nova Scotia College of Art and Design (NSCAD) and AFX (The Animation Festival of Halifax). It is also home to a handful of studios including the aforementioned IoM (Island of Misfits) Media (currently employing 80 artists), Cartoon Conrad (40–100 employees), and the veterans of the scene, Copernicus Studios (who currently have 70 on staff but reach as high as 200 during busy periods).

Halifax on the Rise?

So, given the conflicting signals from Jam Filled and DHX, is Halifax trending upward or on a downslide?

“I feel like it’s going through a bit of a quiet phase at the moment,” says Phillip Stamp, IoM’s creative director. “This is a direct reflection of changes in the industry: many of the broadcasters are starting new platforms and a few new players have come on the scene. The available talent and infrastructure in Halifax is certainly still here, but I would say going through a transition.”

“Creative ‘scenes,’” adds Becka Barker, who teaches animation at NSCAD, “are like ecosystems: the diversity of what’s happening is a measure of overall health. And I think in the last several years there’s been an uptick in the variety of animation work happening out here, so I’d say in some ways it’s quite a lively scene right now. I think back to when I was fresh out of school almost 20 years ago and it was, of course, entirely different — no real training here (industry-focused or otherwise), fewer resources, and very few opportunities in terms of work on service productions. Now I have students finishing their studies at NSCAD and going into good gigs in local studios, while working on their independent practice outside of that. It’s part of the local culture here to be entrepreneurial and nimble when it comes to opportunities, and we tend to thrive when there’s the breadth and variety here.”

According to Daren Wood, business operations executive for Cartoon Conrad, “The few studios in Halifax have a healthy rivalry, as many were established around the same time. DHX was bought out but plans on carrying on their 3d focus. There is still a thriving scene with 2d, 3d, cgi, ar, vr, and gaming snapping at the heels of the big players.”

“It’s very healthy,” agrees Murray Bain, one of the founding partners of Copernicus Studios, “but it ebbs and flows between productions. We’ve managed to do service work with Hollywood studios punching above our weight. As far as Americans are concerned, Canadian animators are great animators, with fantastic tax subsidies and exchange rates. We have a time-zone advantage as we deliver work four hours ahead.”

From conversations I’ve had with various studios across Canada, I’ve learned that there is an unprecedented demand for original content. Not surprisingly, this hunger has extended to Halifax. “It’s a veritable tidal wave of content creation,” says Bain. “It’s helped us grow and forge relationships with all the major studios.”

“It is definitely true for IoM,” says Stamp. “There is absolutely an appetite — the market for original content is on an unprecedented scale. New opportunities are opening all the time.”

Wood also believes that original content has to be a part of Cartoon Conrad’s future, which has thus far focused on service work: “In order to move forward in a competitive market, studios need to create their own intellectual properties. We have stepped out into this market in order to grow the business, with a hope of being accredited with the next big success.”

Is There Enough Talent?

A demand for content is all well and good, but studios need quality talent to take on the increased workload. Studios in Ottawa and Montreal have expressed mild concern about the lack of talent, yet they work closely with local schools to discuss their assorted needs. Halifax is small and has no industry-oriented school beyond the Nova Scotia Community College animation program in nearby Truro (NSCAD is arts-focused). Is there enough qualified talent around, especially with Jam Filled entering the scene?

According to IoM’s Stamp, “It’s not a viable strategy to only recruit talent locally, even if you’re located in a major center such as Toronto or Vancouver. The talent in this industry tends to be quite mobile, and you have to look nationally and internationally for the right people. I would say that the schools in Nova Scotia are headed in the right direction, but still evolving. This is true of many schools in other provinces as well. Obviously there are a few schools elsewhere that are well established, and we recruit a lot from out of province (so we see the strengths and shortcomings from other schools as well). Having said that, I am quick to say that we’ve had a lot of success with the talent we’ve recruited from the Nova Scotia schools.”

“Experienced talent has been an issue at times,” observes Wood. “Finding talent has been easy with smaller projects. However, during larger contracts you can feel the pressure for experienced leads. With a high recruitment ramp-up, this could be a different story. We have had some amazing interns. [Students can] consolidate classroom-based learning [this way, and we have hired] graduates who had proven themselves as interns. With all that said, animation takes years of training, so there is a fair amount of effort poured into new school hires.”

Copernicus’s Bain agrees: “We certainly wish animators had more classical draftsmanship, but many focus on being software specialists. The diamonds in the rough exist, and we commit the resources to training people with potential. The talent pool in Halifax does have its limits, which means we cast the net worldwide. We have brought in some great people from the U.S., South America, and overseas.”

Says NSCAD’s Barker, “While students need to be strong in animation principles and skills like drawing and modeling, they also need to be exceptionally adaptable when it comes to workflows and programs. An animator’s ability to analyze, problem-solve, and learn quickly is something that’s constantly reinforced to me in conversations I’ve had with industry friends in hiring positions. I think [adaptability is] something educators like myself tend to promote even unconsciously.”

Not only do studios have to compete locally for talent, there’s also the challenge (as Ottawa has experienced) of luring talent away from the bright lights of bigger urban spaces like Vancouver, Toronto, and Montreal.

“One of the big things Halifax has to offer,” according to Stamp, “is there’s a great community here. It’s an easy place to live, and this is appealing for artists at all levels of experience.”

Wood notes another perk. “The cost of living is less in comparison to other cities mentioned. The pace of life is slower than in, say, Toronto. For example, our studio is based on a renovated farm just outside of Halifax. We have deer, ducks, and a lake right outside our doors, which makes for a different experience. We even have a large studio garden on our lot which is possible because of the location.”

“We bring artists here from all over!” adds Bain. “I’d say it’s 1/3 Maritimers [East Canadians], 1/3 [other] Canadians, and 1/3 international. We have a great provincial sponsorship program to bring talent and fast-track them permanent residency. The lifestyle in Halifax is a big advantage. When you tell people they can live downtown within walking distance of the studio, it makes us a lot more attractive than a city where you have a big commute.”

If things are not exactly booming, then at least steadily moving upwards, where do the Halifax players see the industry going?

Stamp feels that things might continue as they are for another a year and half or so, before they quiet down again. But Bain is not so sure there will be a drop in work: “It seems that with the streaming services’ demand for new shows and Youtube stars wanting animation, there will be continued pressure to meet these needs. The way people watch content has definitely changed in recent years. Competition from distributors vying for customers will continue for the foreseeable future.”

And what of Jam Filled? Already firmly planted in Toronto and Ottawa, they plan to set up a 2d team in Halifax, then grow a 3d pipeline in the future. What drove the studio to turn their attention to Canada’s East Coast?

Tori Coulthart, the company’s vice president of production explains: “We see an opportunity to work with the local artists who have been in Halifax for years, as their industry has grown along with the rest of Canada. Many of us at Jam Filled have existing ties to the East Coast. It’s been very fulfilling to reconnect with the Halifax animation community and in some cases ‘come home.’”

For Jam Filled president Kyle MacDougall, setting up shop in Halifax is in fact a homecoming: “I was born in Halifax and raised in Shearwater along the Eastern Passage. My parents met in Halifax and it’s where they started our family. Having the ability to come home is very exciting for me.”

Will Jam Filled be able to find enough local talent — and if not, how will they attract people out east? “While the cost of living and close proximity to the ocean have been a draw for many of our existing employees,” says MacDougall, “we will also be establishing a strong relationship to the education system in Nova Scotia for our long-term success. We are in discussion with local high schools and colleges to support their programs and introduce this industry to the next generation.”

Jam Filled’s presence is certainly welcome, at least according to Bain. “Change is the only constant,” he says. “I’m hopeful for a rising tide raising all boats. We will all have to up our game, and competition is a good thing. Jam Filled does great work on high-profile projects that will attract and retain stellar talent in town.” 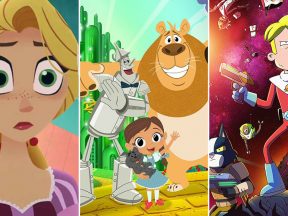