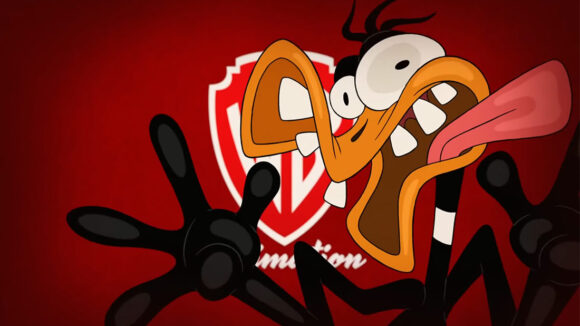 On Monday, Warnermedia announced a reorganization that could have a major impact on the future operation of its various animation divisions. (Warnermedia is AT&T’s new name for the combined Warner Bros., Turner, and HBO.)

As part of the company’s new approach, Kevin Tsujihara, the chairman and CEO of Warner Bros., has been tasked with bringing together Warnermedia’s family, kids, and animation efforts under a single Global Kids & Young Adults business.

Here’s what that means: in addition to the content produced by Warner Animation Group and Warner Bros. Animation, Tsujihara now has broad oversight over Cartoon Network, Adult Swim, and Boomerang, as well as Otter Media (home to Ellation Studios, Crunchyroll, Rooster Teeth, and VRV), and all activities around Warnermedia-licensed consumer products. Prior to this, Cartoon Network and Adult Swim had operated with relative autonomy from their Atlanta headquarters, a holdover from the network’s Turner days.

Below are excerpts from a memo sent by Tsujihara to Warner Bros. employees yesterday:

Here at Warner Bros., incorporating Cartoon Network, Boomerang and Adult Swim into the company will truly make Kids/Young Adults/Animation a fundamental pillar of our business. This newly combined operation will allow us to take an integrated, global approach to all our kids and animation businesses (TV, film, games, consumer products) like never before, using the companies’ IP, talent and legacies to create an animation powerhouse.

How much of an impact this will have on the near-term output of these divisions remains to be seen. There is already some indication that Warner Bros. doesn’t want to completely overhaul its Turner brands. For example, Variety reported that Christina Miller, the president of Cartoon Network, Adult Swim, and Boomerang, is under consideration for a more prominent kids and family role at Warner Bros.

Also, it should be pointed out that there is already plenty of synergy between the various Warnermedia units that are banding together under this kids and young adult umbrella: Boomerang’s Looney Tunes and Hanna-Barbera revivals are all Warnermedia properties, while Warner Bros. Animation produces shows for Cartoon Network, Adult Swim, and Boomerang.

But there are new possibilities for closer integration between the Warnermedia brands. Tsujihara has said that new animated tv series and digital projects could be coordinated with the release of Warner Animation Group features, and he believes that there’s a chance to integrate Otter Media’s output to support both WB’s video game division and its DC Universe content.

The bottomline is that Warnermedia believes that integrating these units will lead to greater profitability, especially in terms of consumer products. “When it’s part of the same company, it’s different,” Tsujihara told Deadline. “The lion’s share of their profitability comes from affiliate sales and advertising. So a vertically integrated entity would say, ‘How can we drive more consumer products revenue from these properties?'”