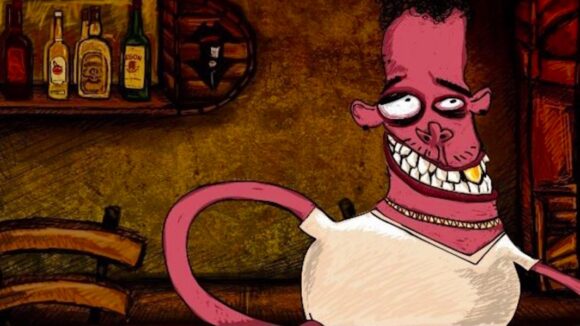 Budding animation directors have just a few days left to apply to an unusual educational program. As its name suggests, the Animation Development Course Cuba takes place in the Caribbean nation, whose long history of animation production has been largely isolated from the world by political and economic circumstances.

The course describes its aim as follows:

Professional directors and designers will help guide the participants through story development, design, storyboarding, and animatic. At the end of the development period, the participants should be ready to take their projects into production or seek the necessary funding to do so.

Held at the EIC-TV school an hour outside the capital of Havana, the course is taught by three renowned animation filmmakers: Paul Bush, Ruth Lingford, and Gerd Gockell. It will run from January 13 to March 13, 2020. The total cost, including accommodation and three meals a day, is €3,500.

Filmmakers who wish to take part must apply to entry@paulbushfilms.com, using the words “Cuba entry” in the subject line, and providing a one-page CV, a one-page idea including technique and designs where relevant, and a link to one film which they have directed or in which they’ve served an important creative role. Applications are open until September 30; head to the official Facebook page for more information.

The course was conceived by Bush, who was holidaying in Cuba in 2016 when the EIC-TV invited him to show his works to students. Before long, he was making regular trips to teach at the school, which is famous across Latin America for its film program, but doesn’t have an animation department as such.

“I felt the place was ideal for animators,” Bush tells Cartoon Brew. “It’s secluded, quiet, and self-contained, and at the same time there is a community of filmmakers and the stimulus of nightly film screenings.” At the same time, it was clear that students and professionals were hampered by lack of access to basic materials, the internet, and films from overseas. When told that they could make puppet armatures with wire, “they just laughed, because it’s impossible to get wire in Cuba.”

Bush spotted an opportunity. He pitched the idea of a nine-week animation development course, and the school agreed. Alongside Bush, Lingford, and Gockell, local animators will give lectures, and one Cuban student will receive a place on a full scholarship. But the idea is also to bring international filmmakers over, thus promoting exchange between Cuba’s industry and the rest of the world. “If it all goes well, I’ll try and extend the idea — probably for an animator or two to have a year’s residence there to complete a film,” says Bush.

Separately from the course, but as part of the same mission to bring Cuba’s animation to the world’s attention, Bush has curated a program of recent shorts from the country. Contemporary Cuban Animation will screen at Encounters in Bristol, U.K., on Friday, September 27, before traveling to other festivals. Some of the films’ directors will be present at Encounters.

(Image at top: “Tracheotomy” by Josué Garcia and José Andrés Foreo. The film will screen as part of the Contemporary Cuban Animation program at Encounters this week.)