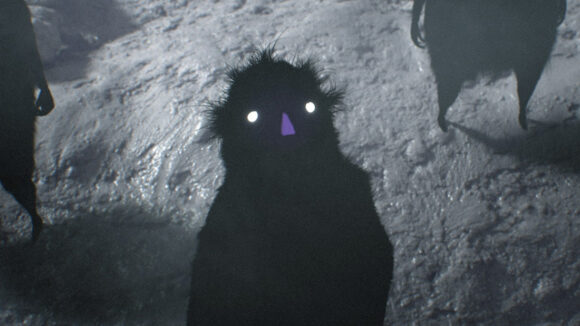 “About the cruel efforts of a people of human-like creatures to lash out viciously against a shoal of fish that had unintentionally entered their desolated land.”

Graduation film by Jonatan Schwenk, made at Offenbach University of Art and Design, Germany, 2017.