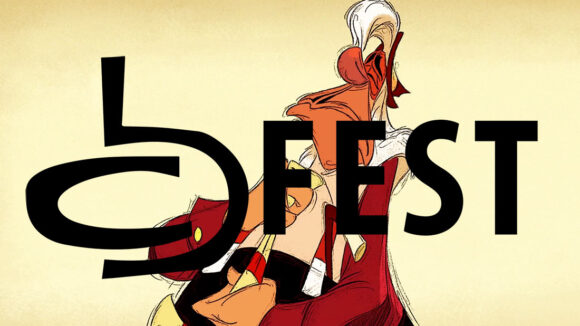 Cartoon Brew is proud to announce the launch of CB Fest, a new programming initiative that turns the spotlight on animated shorts from around the globe.

Each week, mostly on Sundays at 8pm EST/5pm PST, Cartoon Brew will present the online premiere of a hand-picked animated short from around the globe. The films will launch simultaneously on Vimeo, Youtube, and Facebook, with additional background information about the films provided right here on the Brew. Here’s a taste of what’s to come:

Cartoon Brew has emphasized the craft of animated short filmmaking since the beginning of the site’s existence, but CB Fest represents a belief that there’s even more that we can do to draw attention to shorts. Firstly, we think that shorts, much like tv series and films, deserve to be scheduled consistently and with clear release dates. Secondly, with many animated shorts now receiving upwards of one hundred million views on the internet, it’s time to recognize that independent animated shorts have moved beyond the fringe; increasing access to these films will allow them to further enter the cultural conversation.

The first season of CB Fest will run for eight weeks throughout June and July, and will feature the online debut of eight shorts from seven different countries — United States, Canada, Netherlands, Iran, France, Australia, and United Kingdom. We’re launching with a focus on young voices from around the globe – filmmakers who are unafraid to explore animation’s unique thematic and aesthetic possibilities, and whose work excites and entertains us.

These are the selections for the first season:

Sunday, July 9: The Inspector and the Umbrella by Maël Gourmelen (France) WATCH THE FILM

For two of the films – Jennifer Zheng’s BAFTA-nominated Tough and Matt Reynold’s Hot Dog Hands – Cartoon Brew will co-present the premiere with our friends at Short of the Week. The programmers for the first season of CB Fest are Tunde Vollenbroek and Amid Amidi.