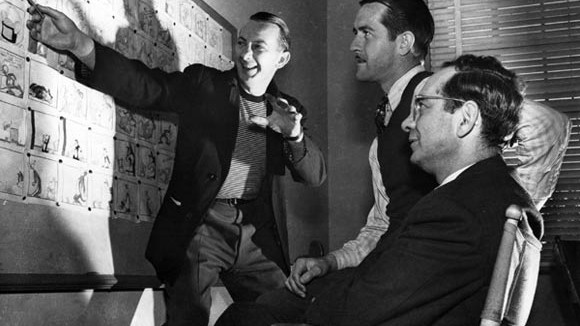 Mark Mayerson, a TV show creator, animator, and teacher, has written what may be the single best thing I’ve ever read about the contemporary animation pitching process:

Unfortunately, a pitch is a poor substitute for the finished product for a variety of reasons. The ability to pitch is a wholly separate skill from the creation of ideas. Extraverts have an advantage in pitching over introverts, but either type of person can have good ideas. Furthermore, there are so many variables between an idea and the finished product that a great idea can result in disappointment. Too much depends on the budget, the schedule, the crew, input from investors and chance. We are all familiar with movies that look like they will be great before they’re released but end up as failures.

There is another odd aspect to pitching. The person with the ideas doesn’t get paid to pitch, but the person without ideas gets paid to listen. Yet without people willing to pitch for free, the listener has no job. It’s sort of backwards.

Often, the people taking pitches have no history of creating anything. They have never written, drawn, performed or directed anything for an audience, yet they are the ones sitting in judgment of someone who most likely has. If the people taking pitches were genuinely creative, they would be creating their own projects for the company and would not have to listen to ideas from anyone else.

Do yourself a favor and read the entire piece on his blog. He is planning to write further posts about the topic. Today, more than ever, we should be having a discussion about the relevance of outmoded pitching processes used by studios, especially since, increasingly, some of the most beloved contemporary cartoon characters are created by individuals who bypass the studio pitch process.