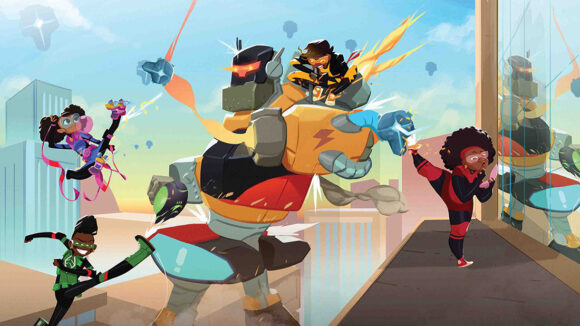 Leading South African studio Triggerfish on Wednesday announced a call for entries for a pan-African Story Artist Lab. The program is sponsored by Netflix.

Triggerfish has enjoyed terrific success with its earlier story lab programs. Malenga Mulendema, a Zambian writer who participated in the 2015 edition, developed her project Mama K’s Super 4 in the lab, and it is now being produced by Triggerfish as Netflix’s first original African animated series. A subsequent story lab program resulted in a nine-person all-African-women writing team working with head writer Amy Keating Rogers for Mulendema’s series.

Unlike the earlier labs which focused on writers, this new lab is aimed at story artists. “Story artists translate screenplays into animatics, the loose first version of the movie that then shapes every step of animation that follows,” says Tendayi Nyeke, a development executive at Triggerfish. “So having skilled story artists from the continent in control of how their stories are told is a gamechanger, not only in grooming the next African directors but also in giving pre-production artists the opportunity to establish their own voice as they bring African stories to life.”

In addition to Mama K’s Team 4, it was announced last week that Triggerfish will produce Kiya and the Kimoja Heroes for eOne, Disney Junior, and Disney+. It is also the lead studio on the upcoming Disney+ sci-fi anthology Kizazi Moto: Generation Fire.

Triggerfish’s first two features, Adventures in Zambezia and Khumba, sold nine million cinema tickets globally, and it also animated the 2018 Oscar-nominated short Revolting Rhymes. Last week at the Annecy animation festival, the company won the 2021 Mifa Animation Industry Award for the “pioneering role that the company has played in animation in South Africa, and Africa most widely.”