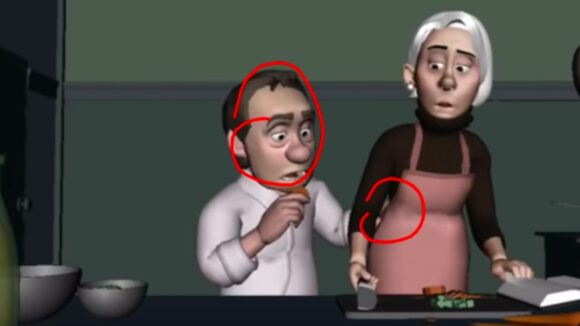 A pro demo reel is an animator’s gateway to a successful career. A poor one shuts the door on dream jobs. But what makes the difference between quality and sloppiness?

In a pair of insightful video tutorials, Jean-Denis Haas, a veteran animator and animation supervisor at Industrial Light & Magic, gives a whole array of tips on crafting the perfect reel. The first episode broadly covers what sorts of shots to include in a reel, while the second focuses on overall presentation. They run to around half an hour in total, making extensive use of actual reels (which are all referenced in the video descriptions).

Some of Haas’s advice may seem obvious: spell-check all text, avoid politically charged content, don’t include shots you’re not allowed to show. Presumably, though, even these mistakes are still common.

He reminds animators to adapt their reel to each company, and cautions against making it too long — in his view, one minute and three shots are enough. Each shot should demonstrate a different skill and the best one ought to come first. That said, the quality should never slip: “You’ll get judged on the worst shot in your reel.”

In the first episode, Haas uses examples to illustrate the elements that make for his ideal demo reel shot. For instance, he says that he likes to see a character “presented with a problem, [as] the character has to make a choice, and the choice reveals character.” He’s careful to note that much of his advice is subjective, and there are always exceptions. But his tips overlap a lot with those of Dreamworks animator Guillermo Careaga, which we covered back in November.

Haas is an experienced educator — he teaches at Animation Mentor, the long-running online animation school — and his manner is lucid and lightly humorous. We previously featured his analysis of the animated performances in Spider-Man: Into the Spider-Verse.