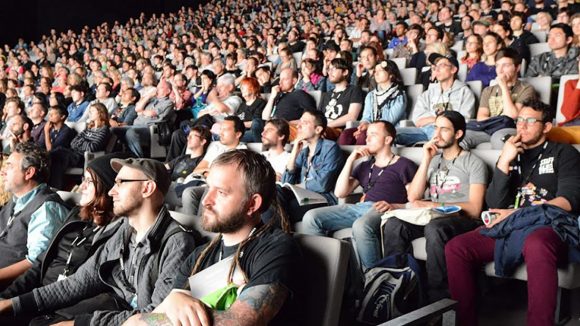 A number of European animation events, new and established alike, have recently issued calls for entries for their 2021 editions. They are all envisioning some kind of in-person happening, reflecting a sense of very cautious optimism on the continent.

Read on for details of what the events are looking for, and how to apply:

What is it? The world’s pre-eminent animation festival — if you make animated films, chances are you’ve heard of it. It is now accepting submissions across the various competitive shorts categories, as well as for features, vr works, and project pitches at the accompanying MIFA market.

The festival was held virtually this year. The organizers caution that the pandemic could disrupt the next edition, warning that “we may need to make changes to the final format that the competition will take.”

What are the key dates? For MIFA pitches, the submission deadline is February 7, 2021; for short, tv, commissioned, and graduation films, February 15; for features, March 15; for vr works, April 6. Annecy Festival will be held June 14–19.

Where can I find out more? Details on festival submissions are here and MIFA pitches are here.

What is it? A new platform to promote the use of vr, xr, and ar tools, as well as video game rendering engines, in animation and vfx production. The initiative is run by Paramotion Films, the folks behind Weird Market (formerly 3D Wire) and the Quirino Awards (see below).

The event is open to any type of animation project. Up to eight will be selected, with contestants learning about the aforementioned tools and production processes in a series of workshops. Two overall winners will then get to present their project at Annecy’s MIFA market. The workshops will be in Spanish; applicants must be based in Europe.

What are the key dates? The deadline for applications is December 18, 2020. The workshops will be held between January 11 and February 20, 2021.

Where can I find out more? Head to the website.

What is it? The Quirino Awards were launched in 2018 to celebrate the best in “Ibero-American” animation — that is, works from Latin America, Spain, and Portugal. Following a virtual event this year, the fourth edition is due to be held in the event’s usual home of Tenerife, Spain.

Where can I find out more? Head to the Festhome page.

What is it? A new residency set in the south of France. The winning applicant will develop a short cg film about an environmental topic over six weeks, which they will then present at Annecy Festival.

The initiative is hosted by Schliemann Residency Provence and Miyu Distribution with the collaboration of Do Not Disturb, a collective of animation studios based in the region (which is strong on cg production). Applicants must have graduated from a higher education art, film, or animation school.

What are the key dates? The deadline for applications is January 10, 2021. The residency will take place from May 22 to July 3.

Where can I find out more? Head to the website.