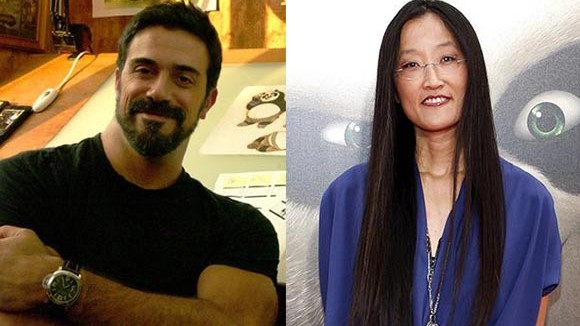 When Jennifer Yuh Nelson directed DreamWorks Animation’s Kung Fu Panda 2 in 2011, she became the first woman to solo-direct a $100 million-plus animated feature. She won’t repeat that feat on Kung Fu Panda 3, according to a report earlier this week on Deadline.

Yuh had originally been slated to be KFP3′s sole director, but with a little more than a year before the film’s release, she’ll be joined in the director’s chair by Alessandro Carloni, who will co-direct the film with her.

Yuh personally requested Carloni to come aboard as co-director, unidentified sources told Deadline, because she feared that she could not complete the film on time herself. With DreamWorks’s recent struggles at the box office, the studio can ill afford for Kung Fu Panda 3 to be anything but a hit, and adding a second director might also be a form of creative insurance for the underperforming studio.

KFP3′s release date was recently pushed back from December 23, 2015 to March 18, 2016, presumably to avoid the December 18 release of Disney’s Star Wars: The Force Awakens. The move to 2016 leaves DreamWorks with just a single release this year—Home—which is due out next month.

The Italy-born Carloni is a 13-year DreamWorks veteran who served as head of story on the first two films in the How to Train Your Dragon series, and supervised the animation of the original Kung Fu Panda. It will be his first feature directing credit.