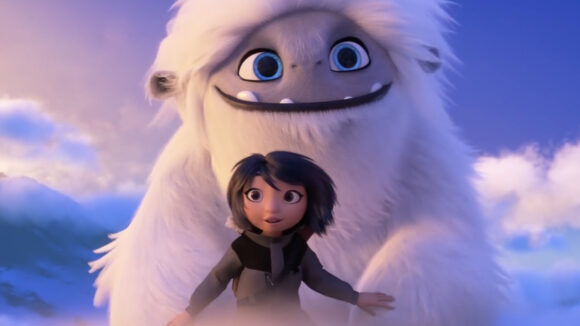 Dreamworks Animation and China’s Pearl Studio have released the first trailer for their animated co-production, Abominable, a new feature centered on the mythical Yeti, and which takes place between bustling Shanghai and the Himalayan mountains.

The film will be released on the heels of Laika’s Missing Link and a year after Warner Animation Group’s Small Foot, both of which dealt with similar creatures and themes.

Abominable follows Yi (voiced by Chloe Bennet), a musically talented Shanghai teenager who discovers a young Yeti hiding on the roof of her apartment building. Determined to return the fuzzy creature, which they aptly name Everest, back to his family, Yi and her friends Jin (Tenzing Norgay Trainor) and Peng (Albert Tsai) embark on an epic journey to the Himalayas.

Along the way, the trio of friends will have to fend off Burnish (Eddie Izzard), an unscrupulous wealthy man who wants a Yeti of his own, and zoologist Dr. Zara (Sarah Paulson), who want to capture their magical new friend.

Jill Culton, who previously co-directed Sony Picture Animation’s Open Season, is the writer and director behind Abominable, with Todd Wilderman serving as co-director.

Last year, Cartoon Brew caught up with Pearl Studio’s chief creative officer Peilin Chou as the company transitioned from their former identity as Oriental Dreamworks into a fully Chinese-owned production studio working with an array of partners for projects in their pipeline. Abominable is the studio’s first release.

Abominable will be released by Universal Pictures worldwide beginning September 27, 2019. In China, the film will be distributed by Pearl.