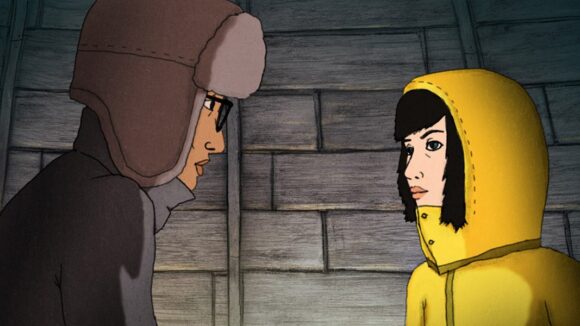 I Lost My Body (J’ai perdu mon corps) is near the top of my list of most anticipated features.

His feature promises to return to similar territory, with an added surrealist twist: it’s a love story about a disembodied hand trying to reconnect with her owner. The synopsis:

Rosalie belongs to a young man named Naoufel. She is his right hand. But one day, a circular saw separates them. Rosalie escapes from the Med school refrigerator where she is awaiting dissection, determined to reunite with her body. While on the run, dodging traps and avoiding danger in the city, Rosalie looks back on her life with Naoufel. When she finds him, he’s in a terrible state. She decides to give him a “hand” in fulfilling his destiny, who goes by the name of Gabrielle.

I Lost My Body will start production next year, which means a 2019 release is likely. The film combines cg with hand-drawn elements (the hand itself will be hand-drawn).

The production is headed up by Xilam, a studio mostly known for its preschool and children’s series like Oggy & the Cockroaches, Paprika, and Floopaloo, Where Are You?

A unique aspect of the production is that the filmmakers have set up a pipeline that relies heavily on the open source cg software Blender.

A couple weeks ago at the Blender Conference in Amsterdam, Clapin and other members of his crew gave a presentation about the film’s pipeline, processes, and tools. Included in the video is a look at a pitch trailer made back in 2014, and an animatic of the film’s beginning sequence: