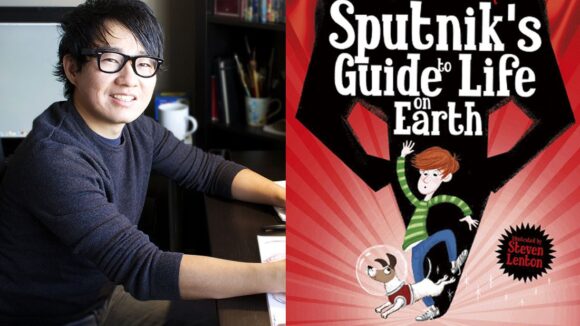 The first project is Sputnik’s Guide to Life on Earth, an adaptation of the children’s book by Frank Cottrell-Boyce . Cottrell-Boyce, who is also a screenwriter of films like Hilary and Jackie, Welcome to Sarajevo, and The Railway Man and is writing Kensuke’s Kingdom for animation, is set to write the script, and Matsuda is attached to direct.

The story is about a kid named Prez who is learning to adapt to his new foster family when he meets Sputnik, a kid who looks like a dog to everyone except Prez. Soon, Prez learns that Sputnik is an alien, and they must work together to save the Earth from destruction by coming up with ten reasons why the planet should be saved.

Dreamworks also picked up Matsuda’s original idea, Yokai Samba, that he will write and direct. According to The Hollywood Reporter, which first reported the story, “details are under lock and key, but it is known to be inspired by a folk story he heard in his youth about growing up and has Brazilian and Japanese influences.” The development of the film is being overseen by Dreamworks Feature Animation Group president Chris DeFaria and development exec Chris Kuser.

The Reporter also mentioned that Dreamworks won the rights to these projects after a bidding war between other studios that included Paramount Animation and Skydance Media.

Cartoon Brew reported last May that Matsuda has signed on for representation with WME and Gotham Group with the goal of directing a feature film.

In addition to directing Inner Workings, which opened in front of Moana and was shortlisted in the Academy Awards animated short category, Matsuda worked as a story artist at Disney. His credits include Zootopia, Big Hero 6, and Wreck-It Ralph, the latter of which earned him an Annie Award nomination for storyboarding. Prior to Disney, Matsuda, a CalArts grad, had worked in the story department at Blue Sky Studios and character layout on The Simpsons Movie.