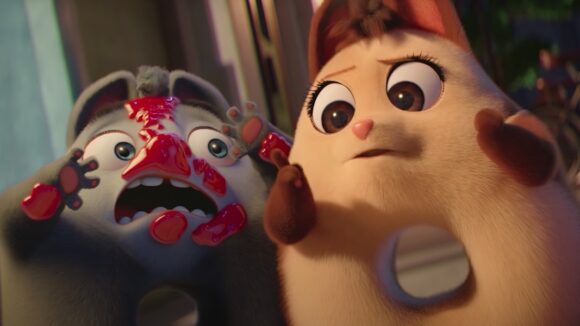 Netflix has quietly picked up yet another cg family feature, which will launch tomorrow, November 19.

Extinct is a Chinese-American-Canadian co-production directed by Simpsons veteran David Silverman. It follows two flummels — imaginary donut-shaped animals — as they time-travel from 1835 to modern-day Shanghai, where they learn their species has gone extinct. Watch the trailer below:

This is the second feature directed by Silverman, following 2007’s The Simpsons Movie. He also co-directed Pixar’s Monsters Inc. and helmed many episodes of The Simpsons, a show with which he has been involved from its inception. Extinct is co-directed by Raymond S. Persi, another veteran Simpsons director and former Disney storyboard artist, as well as the voice of Flash the Sloth in Zootopia.

The film was first announced in 2017. More recently, it dipped under the radar before resurfacing earlier this year. It was released theatrically on October 3 in China, where it has grossed USD$5.78 million to date according to Endata. It also came out in cinemas in some European territories in spring and summer, and in the U.K. it was released on the cable channel and streamer Sky Cinema in August.