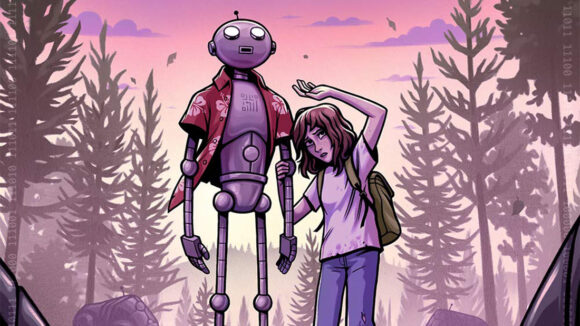 Sony Pictures, through its Tristar label, has signed a multi-million deal to produce Phil Lord and Chris Miller’s next tentpole feature, Last Human.

According to Deadline, which first reported the news on Monday, a bidding war took place last weekend with most major studios throwing their hats in the ring with the exception of Disney/Fox. The directors’ relationship with the latter soured after they abruptly exited Solo: A Star Wars Story at the studio’s request.

Sony outbid Universal, Warner Bros, Netflix, MGM/Annapurna, Paramount, New Regency, and MRC in a deal that reportedly could be as high as $15 million. The decision to invest in Lord and Miller makes sense since the studio is currently reaping the rewards of their Oscar-nominated Spider-Man: Into the Spider-Verse, which has a strong shot at becoming Sony Pictures Animation’s first-ever winner in the Best Animated Feature category. The filmmaking duo also directed the popular 21 Jump Street buddy comedies for the studio, and they are producing the studio’s upcoming animated feature The Mitchells vs. The Machines.

Blending their live-action and animation experience, Lord and Miller’s Last Human will be a hybrid project that combines both techniques. The movie is based on a children’s book of the same name by Lee Bacon to be published in October by Amulet Books, which means there are high expectations for the still untested property. Henry Gayden, who wrote the upcoming DC superhero film Shazam!, will be in charge of the adapted screenplay. Hannah Minghella will oversee for the studio.

Last Human is a sci-fi adventure set against the backdrop of a robot apocalypse where humans are believed to be extinct and robots live in an orderly world without crime, pollution, or war. However, when a 12-year-old robot encounters a human girl of the same age (potentially the last of her kind), he chooses to protect her, and together with two other robots, they must travel to a mysterious point on a map to find answers. The elevator pitch for the movie is reportedly “reverse E.T.”

Lord and Miller’s most recent film, The Lego Movie 2: The Second Part, which they wrote and produced, opened in the U.S. last week.