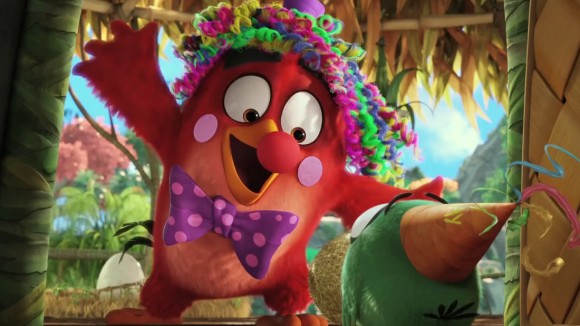 Finnish game maker Rovio Entertainment, the company behind the Angry Birds franchise, recorded an operating loss of €13 million ($14.8 million) in 2015.

Rovio’s revenue fell 10% to €142 million, its third consecutive yearly decline. Rovio said last week that it had expected to lose money “partly due to heavy investments in our future success,” referring to its upcoming The Angry Birds Movie.

While the film is being distributed by Columbia Pictures and was produced by Sony Pictures Imageworks, Rovio financed the majority of production and marketing costs for the CGI feature, investing upwards of $110 million of its own money to get the film into theaters. The unconventional financing structure means that if the film performs poorly, Rovio is the company that will be impacted most directly.

“2016 is a transformative year for Rovio highlighted by the release of our major global feature film this May,” said Kati Levoranta, CEO of Rovio. “Expectations for the film are very strong.”

Levoranta has been in the top role for only a few months, taking over from Pekka Rantala, who stepped down as CEO last December after having had the job for just 16 months. Last August, Rovio announced layoffs of one-third of its staff.

In a year when Disney’s Zootopia has elevated the standard of mainstream feature animation storytelling, let’s hope that the Angry Birds Movie’s combination of urine-based humor, trendy yoga gags, and country music (see below) is enough to entice audiences into theaters.