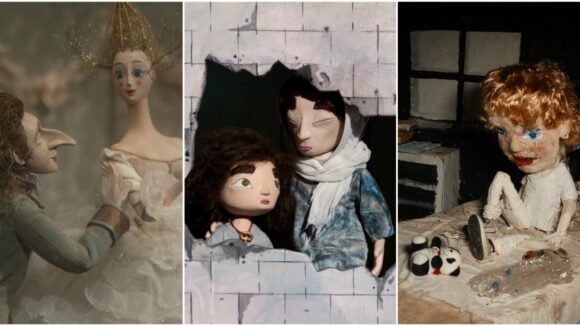 One of Spain’s largest animation festivals, Animac, the International Animated Film Festival of Catalonia, will dedicate its 23rd edition to stop motion with numerous screenings and guest speakers celebrating the technique.

Running February 21 through 24, the festival takes place in the city of Lleida and will feature a masterclass with Aardman Animation co-founder Peter Lord. The British animation legend will also receive the Animac Honorary Award for his 40-year career, accompanied by a ten-session retrospective of Aardman projects.

The recipient of the festival’s Animac 2019 Animation Master Award is Finnish director Katariina Lillqvist, whose short films use stop motion to address historical issues pertinent to European society. Lillqvist will speak about her upcoming feature, Master and Margarita, and a retrospective of her work will be screened for the first time in Spain.

Prior to directing feature films, Osborne directed stop motion music videos and shorts, and he also directed the live-action sequences for the Spongebob Squarepants tv series and first feature. In addition to speaking about his own work, Osborne will participate in a tribute to Spongebob creator (and his former Calarts classmate) Stephen Hillenburg, who passed away last November. The tribute, which will take place at the closing ceremony on February 24, will feature a performance by 100 singers from the Orfeó Lleidatà children’s choir, who will perform the main theme from SpongeBob Squarepants.

Some other highlights from the festival’s stop-motion programming:

For the full program and ticket information, visit the Animac festival website.