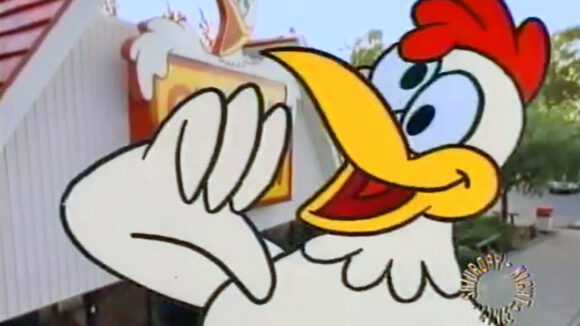 In 1990, J.J. Sedelmaier and his wife Patrice founded White Plains, NY-based J.J. Sedelmaier Productions, Inc. (JJSP), the multi-award-winning studio behind some of America’s best-known satirical cartoons, including the Tek Jansen segments for The Colbert Report and the Saturday TV Funhouse cartoons for Saturday Night Live. JJSP also animated the first season of MTV’s Beavis And Butt-Head, the pilot episode of Harvey Birdman, Attorney at Law for Cartoon Network, and commercials for clients like Adidas, Slim Jim, and 7UP. In this op-ed, Sedelmaier reflects on the lessons he’s learned over the last 30 years of running an independent animation studio. Over to Sedelmaier:

As of July 12, Patrice and I will have guided JJSP through the industry for 30 years. It’s felt like a blink of an eye, and I can’t say that either of us has any regrets.

Why have we had such a good experience running a studio? Here are a few guidelines that have worked well for us, and may well help budding artists and studio owners out there:

1. If you’re opening your own shop, do it with family if you can.

It reinforces what your priorities should be, and you won’t ever wonder what your partners’ motives are. If you have kids, they become an important part of the equation, and that’s a good thing! They get to see how their parents work together on multiple levels.

2. Money’s important, but it can’t be the supreme motivation behind your business model.

You have to be constantly looking at what sort of investment you’re making in yourselves and the business. Patrice is a master of numbers and the responsible organization of funds. We’ve never been spendthrifts, and we’re always looking for ways to stretch a buck. The more you save, the more control it gives you. This allowed us to pass on the productions that might have paid well, but not reflected well on the studio and its reputation. This also allowed us to do pro-bono projects that encouraged creative freedom, and allowed us to add projects to the studio’s reel that we wouldn’t have been able to have otherwise.

This is both the easiest and most difficult aspect to stand by. We’ve seen some of the most awesome studios and companies implode because they became too large and unmanageable. Our blessing in all this was producing the launch season for MTV’s Beavis And Butt-Head in 1992–93 — we’d been open for just over a year. It taught us, early on, precisely what we didn’t want to do or be. studio. Had this happened years later, or over a longer span of time and growth, we may have not recognized the peril before us.

We ballooned from about five crew members up to 60. We had to take on more space in our building, and were spread out in three different areas. We’d pass people in the hallway and think, “Does that person work for us?” As a result, Patrice and I have always endeavored to keep the studio small and intimate — about 6-8 people was the largest we wanted to be.

4. Recognize that you’re not an expert on everything.

Look for those who do stuff better than you, and try your best to let them do it. Sometimes we’d bring people on staff because they had a spirit or energy that we knew would be terrific to have in the studio. Sometimes it’s not just about how good their portfolio or reel is.

5. You can be God’s gift to animation, but if you’re a flaming asshole, you greatly diminish your chances of being hired.

An animation studio is the last environment where you can afford to lack harmony. If you can’t work with people, it’s better you work in a secluded circumstance. There’s an irony in discussing this during our current state of social distancing…

6. Get a grasp of your reputation as an artist or studio, so that you can effectively promote yourself.

Early on, we established ourselves as an animation/design studio with no specific graphic or stylistic reputation. We came to the table with no preconceived notions of what a project should look like or how it should be animated. The idea was to propose a range of print and graphic artists, cartoonists, and designers as options for determining the “look” of our animated productions. This was not a revolutionary approach. Studios like UPA and the Hubleys did this right after World War II.

JJSP was able to continue this sensibility through to 1996, when we started producing the Saturday TV Funhouse cartoons for Saturday Night Live, written with [SNL writer] Robert Smigel. This period changed everything for us.

It was a double-edged sword. We got to create cartoons that millions would see, and we were all credited at the end of the cartoon itself (not after the whole program), everyone would know who was responsible for the work. And the work was stellar! Robert’s ideas were fantastic, and the use of parody and satire had never been exercised like this. SNL also has a lovely indemnification umbrella that effectively protected everyone from legal issues. An independent animator would be hard-pressed to produce such work without being pursued legally.

So what was the other sword edge? Once the cartoons garnered popularity — and they did so almost immediately — we realized we’d become “that studio that does those hilarious cartoons in that crappy Saturday morning-like animation style.” I’d receive calls from young execs at ad agencies who’d seen our name at the end of the cartoon and thought they’d discovered us on their own. We’d been pigeon-holed. So after four years of doing the SNL cartoons, we walked away from them unless it was an Ambiguously Gay Duo segment, or Robert needed our help on a “cartoon emergency.”

This decision also made us question whether any iteration of long-form production was our thing. We would be tempted one last time with the Harvey Birdman, Attorney at Law, but after creating the pilot with Michael Ouweleen and Erik Richter at Cartoon Network, it was clear short-form and commercials were going to be our game. I bring this all up to reinforce how important it is to always be aware of what your identity as an artist and/or studio is. If you don’t have a grasp of your reputation, you can’t effectively promote yourself.

I spend the majority of my time online. Our studio is now virtual. This means I’m constantly posting and navigating everything from Instagram to Facebook. I use these platforms to reinforce what I’m about as a creative person, and what the studio is about as a resource. This seems to be working well, because it results in projects as well as a following of like-minded cohorts. My interests cover a huge range of areas, and social media gives me an opportunity to explore them.