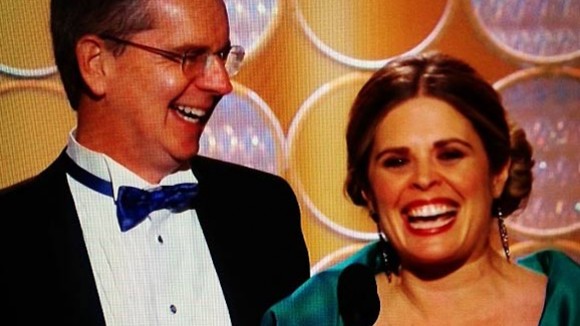 Frozen won the Golden Globe for Best Animated Feature tonight. The film was one of three nominees in the category alongside The Croods and Despicable Me 2.