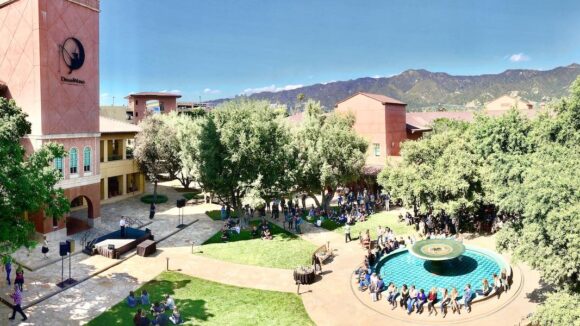 Dreamworks Animation’s Glendale HQ is up for sale — again.

The seven-building campus, which comes in at just under 500,000 square feet, has been put on the market by its owners, South Korea’s Hana Asset Management and L.A.-based Ocean West Capital Partners. The site is leased to Dreamworks until 2035.

The campus was built in 1997 in a mock-Tuscan style. In early 2015, a cash-strapped Dreamworks sold it for $185 million to Suntrust Banks, which promptly flipped it, selling it on to Griffin Capital for $215M. In 2017, Griffin sold it again for $290M to its current owners. Per Bisnow, which reported the news, the current sale is expected to be somewhere in the neighborhood of $350 million.

As the demand for animated content surges, so is the demand from animation producers and property investors for office space, pandemic be damned. In January, Hackman Capital acquired the 182,000-square-foot Sony Pictures Animation campus in Culver City for around $160M.

In September 2020, Netflix leased a whopping 171,000 square feet in Burbank, next to Glendale, for its young animation studio. Earlier in the year, Titmouse opened a 95,000-square-foot studio, also in Burbank.