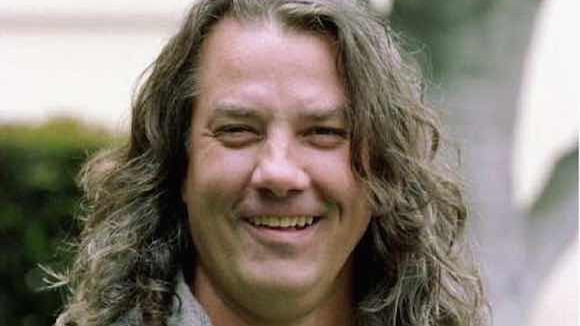 Robert Walker, Disney layout artist and co-director of Brother Bear, passed away last week from a suspected heart attack in California. He was 54 years old. The Ottawa Citizen confirmed his death this week.

“He was just a down-to-earth, quiet, thoughtful guy who cared about the people around him,” Walker’s brother Jim told the Ottawa Citizen. “He was unassuming: he went through life with untied shoes, jeans and a T-shirt.”

“He didn’t say much, and what he did say was always to the point,” Walker’s collaborator of 23 years, Aaron Blaise, told Cartoon Brew. “But he was one of the best souls I’ve ever met. He was simply a good man.” Blaise recounted a story of Walker’s gentleness:

“I remember on the six-month anniversary of my wife’s passing I was having a rough time. Bob, who everyone was very intimidated by, came into my office at Disney…He came around behind my desk and gave me the biggest bear hug. I burst into tears. I said, ‘Man! You’re making me cry!’ He just said, ‘That’s okay, it’s what you’re supposed to do.’ Then he turned around and went back to his office. That was the kind of man Bob was.” Bob Walker was born in Toronto, Canada and grew up in Ottawa. After taking liberal art classes at St. Lawrence University in New York, he transferred to the animation program at Sheridan College in Oakville, Ontario, at the encouragement of a family friend. After graduation he was hired at Atkinson Film-Arts in Ottawa and worked on television series including Dennis The Menace and The Raccoons.

He joined the new Walt Disney animation studio in Orlando, Florida in 1989, having driven a van borrowed from his car dealer father to Florida to apply for the job. He met Blaise, who would become his longtime collaborator, on his first day.

Walker and the staff of the Orlando studio had been hired with the objective of producing Mickey, Donald and Goofy featurettes, but this was never realized. Instead, Walker began work as a layout artist on the Roger Rabbit short Roller Coaster Rabbit. He contributed to many of Disney’s best known contemporary features such as Rescuers Down Under (1990), Beauty and the Beast (1991), Aladdin (1992), The Lion King (1994), Mulan (1998), and Lilo & Stitch (2002), and eventually became the head of layout at Walt Disney Feature Animation Florida.

Walker made his feature film directorial debut with Brother Bear in 2003, with Blaise as co-director. The film’s expansive natural setting was a good fit for Walker, who Mulan production designer Hans Bacher observed had a “good sense for vistas.”

“This was the start of one of the finest partnerships one could ever hope for,” said Blaise. “[O]ur first film brought us together in a way that transcended mere friendship. We really became family.”

Brother Bear was nominated for the Academy Award for Best Animated Feature.

Walker had recently retired to California, where he continued to work on personal art projects and refined his golf game.