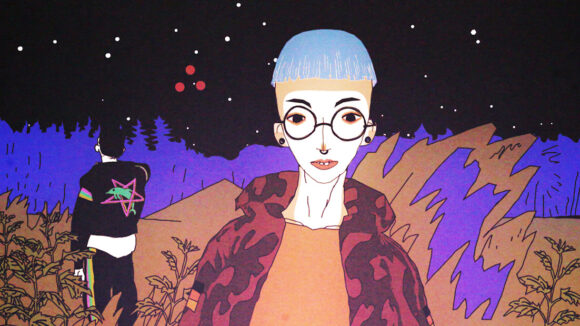 In the space of four years, GLAS has established itself as the preeminent animation festival stateside, inviting major-league international guests to its Berkeley, California, home each March. Not content with just drawing audiences to California, the organization will soon start taking films to them. This fall, the festival’s curators are set to launch Animation Next, a program of animated shorts that will tour the nation’s theaters.

GLAS released a trailer this morning for its new touring program:

The seven films, which all played at the last edition of GLAS, represent a cross section of current festival big hitters, skewing toward the dark and the surreal. They are:

Animation Next isn’t the first touring festival of its kind in the US. Ron Diamond’s The Animation Show of Shows has been running for two decades; similar initiatives in recent times include The Animation Show, curated by Mike Judge and Don Hertzfeldt, and Spike and Mike’s Festival of Animation. Jeanette Bonds and Sean Buckelew, GLAS director and programmer respectively, namecheck the last two shows as influences.

“Those programs gave us access to short films we never would have encountered any other way, and made us want to be animators in the first place,” they tell Cartoon Brew. “We think that kind of theatrical discovery is still relevant, even in the age of the internet. Our program is a bit different from other touring programs, with more of an adult focus, an emphasis on a new generation, and films that are more auteur-driven. You also won’t see our films in any other program.”

The GLAS team has yet to release the tour schedule, but Animation Next will reach beyond the usual metropolitan centers. “The program is opening in a lot of cities, including places that probably aren’t recognized for being animation cultural centers, but there are so many thriving communities of artists and filmmakers outside of big cities that don’t have as much access to seeing this work or can’t make the trips to festivals every year.” Bonds and Buckelew cite the success of Spider-Man: Into the Spider-Verse as evidence that audiences are receptive to bold and innovative approaches to animation.

In picking the line-up, they followed their own tastes, while aiming to strike a variety of styles. “We felt that this group of films in particular represented a new wave of animation talent, making truly groundbreaking work that is pushing narrative, visual, and structural boundaries. As we assembled the program, we started to see a subconscious thematic core that made all the films feel bitingly contemporary in a really exciting way.”

The fact that all the films are European is only partly coincidence. The curators note “the incredible and inspiring work” coming out of the continent, not least from Miyu, the dynamic French production-cum-distribution outfit that supplied four of the seven films. “They’ve got this amazingly consistent catalog of films with a really unique graphic quality, but also a really varied sense of storytelling.”

Short films are vulnerable at the box office, and few touring programs last for more than a handful of editions. But the success of its festival demonstrates that GLAS has found a niche in the U.S. for its brand of edgy independent animation. How this translates into theatrical distribution remains to be seen. Certainly, the team is already looking past the first edition: “Every Animation Next volume will have a completely different set of films from different places all around the world, and we’ve got a lot of future programs already in the works,” the organizers say.