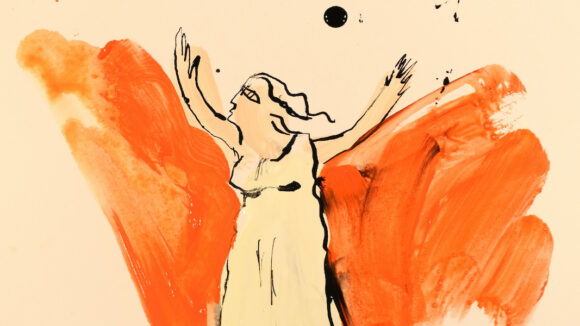 Welcome to a new series in which we profile the most interesting independent animation filmmakers working today — the artists who, through short films and other projects, change our ideas of what the medium can do.

We’re launching the series with a look at the work of London-based filmmaker Elizabeth Hobbs, who came to animation through a circuitous path, first studying illustration in the 1990s at Edinburgh College of Art, and then electronic imaging at Duncan of Jordanstone College of Art & Design.

Here’s an introduction to her work:

In a sentence: Working across many techniques, generally with a rostrum camera, Hobbs creates experimental films whose beguiling, often funny stories meld history and myth.

Where to start: I’m OK (2018), a dizzying tribute to the work of expressionist painter Oskar Kokoschka, who is most definitely not okay here: the film returns to the moment when he was wounded in World War I, capturing his feverish train of thought in a thrilling onrush of images. The short was nominated for a BAFTA.

What to watch next: The Old, Old, Very Old Man (2007). Hobbs has made many shorts in her bathroom, where her studio is set up, but this is the only one she has made on her bathroom — or at least on a tile, which she painted on with mostly blue ink. Lighter than I’m OK and more conventional in narrative, the film recounts the last days in the very long life of one Tom Parr, an Englishman who was said to have lived to 152.

Says: “I never quite know what’s going to happen when I sit under the rostrum or start working with my materials, so the work unfolds in the making and there’s no compositing or alteration of the work after that.” (source)

Currently working on: The Debutante, a short film based on the story of the same name by Leonora Carrington, about “a young woman who rejects the life that has been planned for her.”